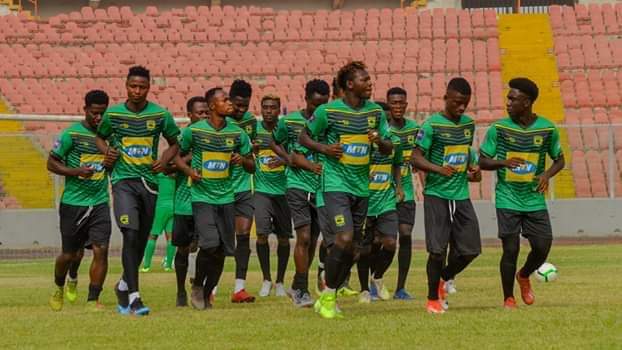 Asante Kotoko will resume training after the short break to prepare ahead of their first round CAF Champions League second leg against Al Hilal.

The Porcupine Warriors suffered a 1-0 defeat to the Sudanese giants at the Accra Sports Stadium in the first leg.

The Ghana Premier League giants will need a miracle to overturn the result in Omdurman in a week’s time.

The technical team of Asante Kotoko gave the playing body a day break to rest on Tuesday December 29 and resume on Wednesday, December 30.

The entire playing body will assemble at the team’s training ground at Adako Jachie to begin training for the CAF Champions League.

Asante Kotoko are on the brink of elimination and may fall into the CAF Confederation Cup zone should they fail to secure a good result away against the Sudanese giants.

The Ghanaian giants have been inconsistent with their performance in the ongoing Ghana Premier League.

Asante Kotoko held Medeama SC to a 1-1 draw at the Akoon Park in their last Premier League game on Sunday.

The Porcupine Warriors have also received some financial support from Ghana’s President Nana Akufo-Addo and the  Sports Ministry towards  their CAF Champions League campaign.