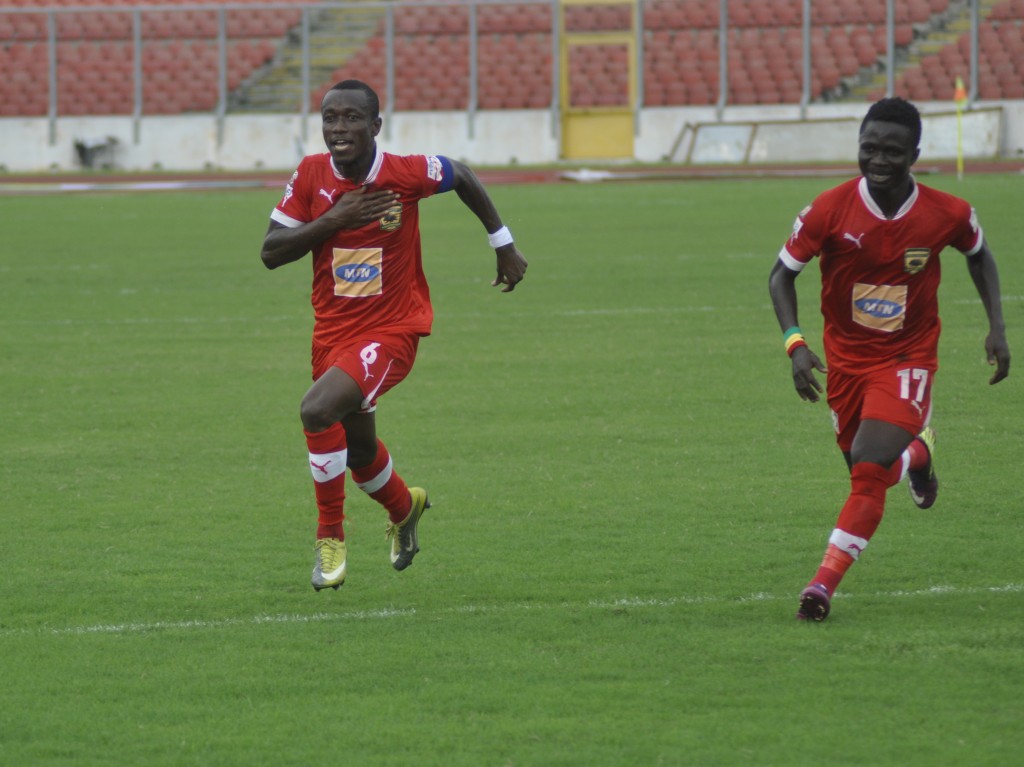 Asante Kotoko will be seeking to return to winning ways when they host struggling Berekum Chelsea at the Baba Yara Stadium on Wednesday.

But Kotoko are still at the summit of the table with a two-point lead.

Chelsea, 14th on the league table, threw away a penalty and laboured to draw 0-0 at home against New Edubiase United.

Second-placed Hearts of Oak hope to maintain the pressure on the leaders when they play Liberty Professionals at the Accra Stadium.

Hearts opened the scoring but ended up drawing 1-1 draw at Heart of Lions at Kpando last Sunday.

Lions, currently fifth on the log, mount a charge on the top-four when they travel to 15th-placed New Edubiase United at Bekwai.

Wa All Stars, in 10th place, welcome 12th-placed Sekondi Hasaacas to Wa with three crucial points being at stake for the winner.

Aduana Stars host unbeaten AshGold, with Aduana hoping to recover from their 4-2 defeat at the hands of Liberty at the weekend.