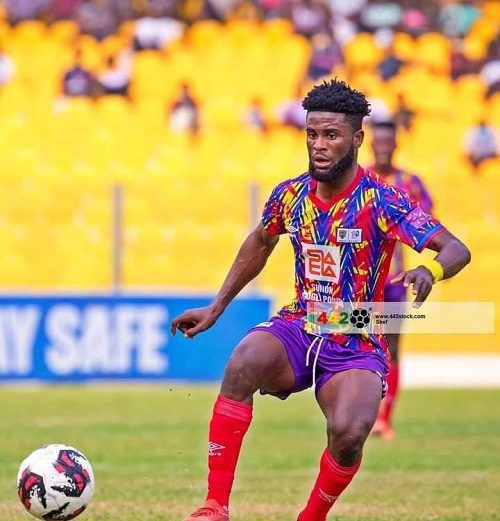 Hearts of Oak legend Bernard Don Bortey has urged Asante Kotoko to beef up their squad for Africa with the signing of Daniel Afriyie Barnie and Mohammed Alhassan.

Asante Kotoko will be representing Ghana in the CAF Champions League next season as winners of the 2021/22 Ghana Premier League.

Ahead of the team's participation in the competition, Don Bortey who was at Kotoko's coronation on Sunday at the Baba Yara Sports Stadium has told the club to sign two key players from their arch-rivals Hearts of Oak in order to make an impact in Africa.

The Ghana Premier League legend has come under severe criticism from some Hearts of Oak fans for flirting with arch-rivals Asante Kotoko during their coronation on Sunday.

Don Bortey attended the ceremony and was spotted with Asante Kotoko flag around his shoulders.