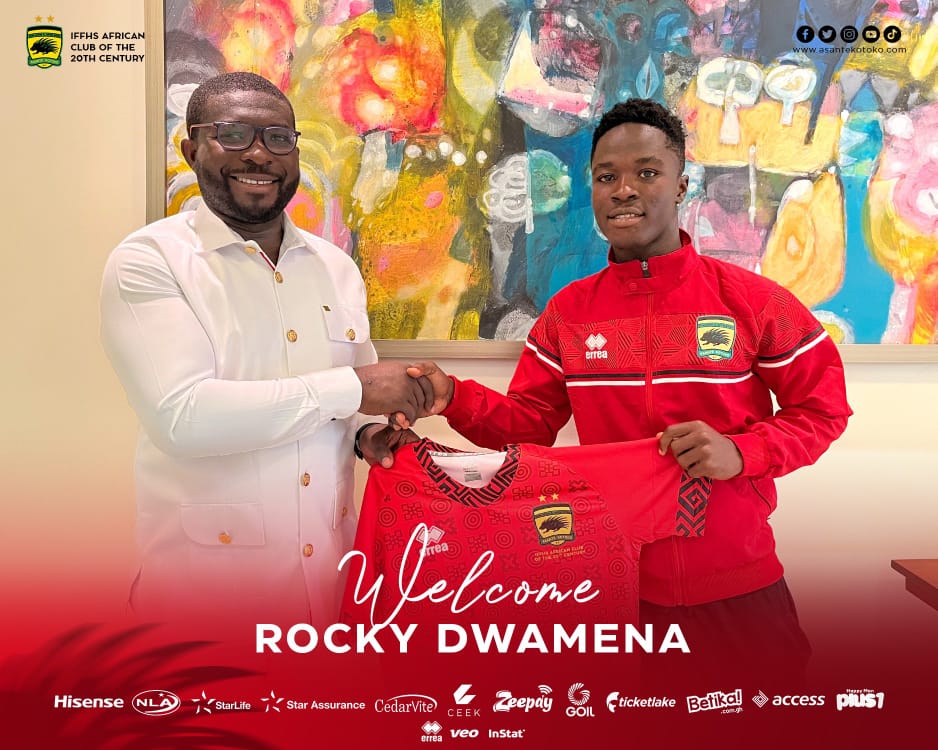 Asante Kotoko has announced the signing of Rocky Dwamena.

The 18-year-old becomes the latest addition to the squad as the Porcupine Warriors look to strengthen the team ahead of the next season and their Africa campaign.

Dwamena has been rated highly by the club and was handed a three year contract after impressing the technical team.

He was part of the squad that travel to Sudan for preseason.

Asante Kotoko will begin their 2022/23 season's campaign with RC Kadiogo of Burkina Faso in the first preliminary round of the CAF Champions League on Friday, 9th September, 2022 in Ivory Coast.