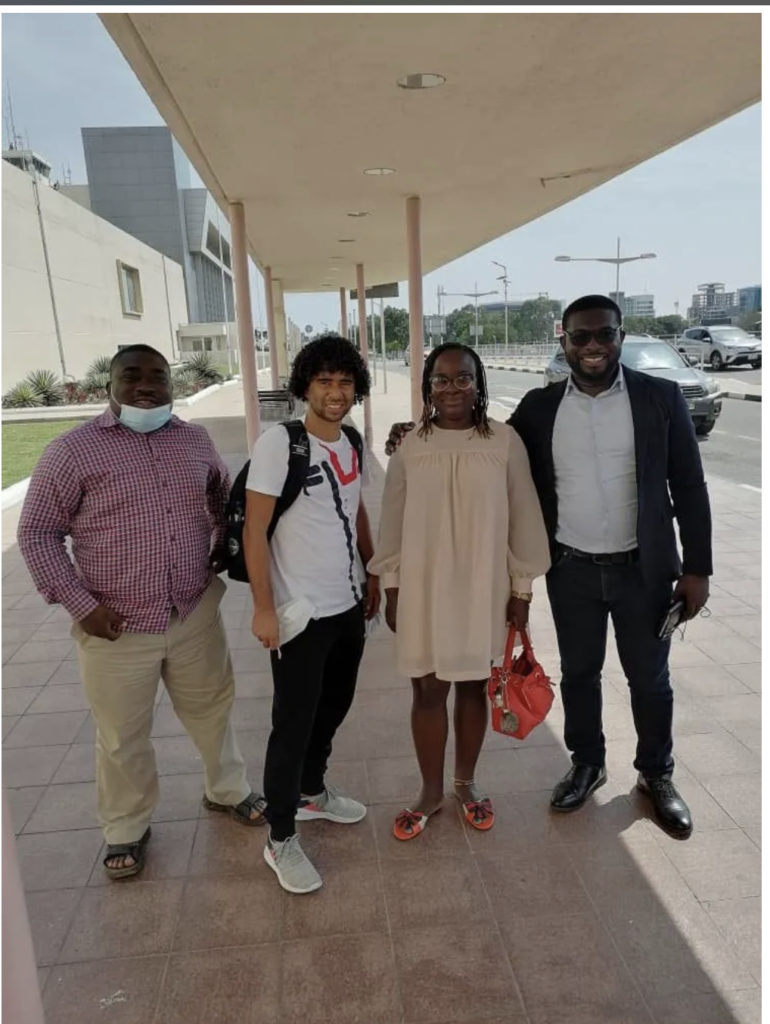 Asante Kotoko Star Fabio Gama has arrived in Ghana to begin preseason with the club.

The Brazilian footballer traveled back home for Holidays after the season.

He arrived at the Kotoka International Airport on Monday and was met by Club’s Chief Executive Officer Nana Yaw Amponsah and some Supporters Executives.

Fabio Gama was spotted at the Kotoka International Airport waiting for a flight to connect from the capital to Kumasi to join the team.

On his arrival he will be met by the new technical team headed by Dr Prosper Ogum Narteh.

Fabio Gama was a sensation for the Porcupine Warriors last season with his instant impact in the Ghanaian top-flight in his debut season.

He is expected to play a major role in the team’s campaign ahead of the 2021-22 season.

Fabio Gama will train with his team mates this week as the club officially begun preseason on Monday.