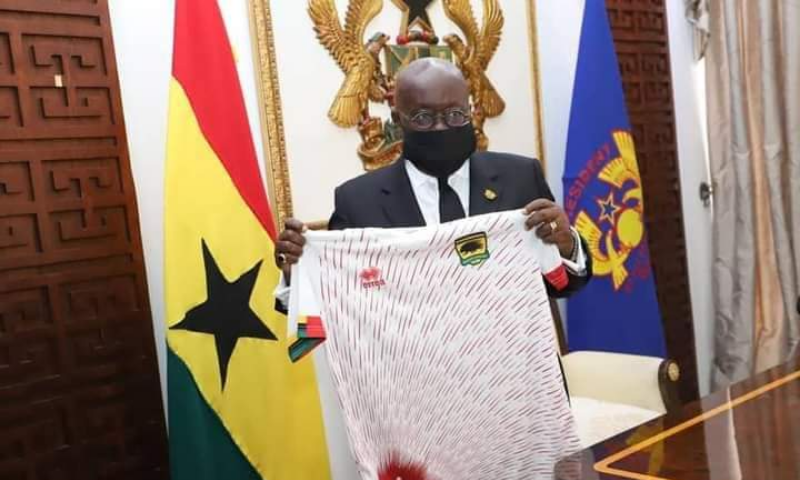 Ghanaian giants Asante Kotoko have shown appreciation to Ghana's President, Nana Akufo Addo, after receiving financial support from the Office of the President for their CAF Champions League campaign.

Asante Kotoko management before the start of the season led by Nana Yaw Amponsah visited the Office of the President to seek support for their CAF Champions League campaign.

They also presented their new strips for the season to the President Nana Akufo-Addo.

The Porcupine Warriors have received $50,000 and GHS300,000 from the President and the Sports Ministry respectively after their plea to the Jubilee House

In a statement released on Tuesday, and signed by Kotoko CEO, Nana Yaw Amponsah, the club thanked President Akufo Addo and the Sports Ministry for the donations and vowed to do their best in the continental competition.

Asante Kotoko will embark on a trip to Sudan ahead of the first round CAF Champions League second leg against Al Hilal.

The Porcupine Warriors are on the brink of elimination after losing the first leg at the Accra Sports Stadium by a lone goal.