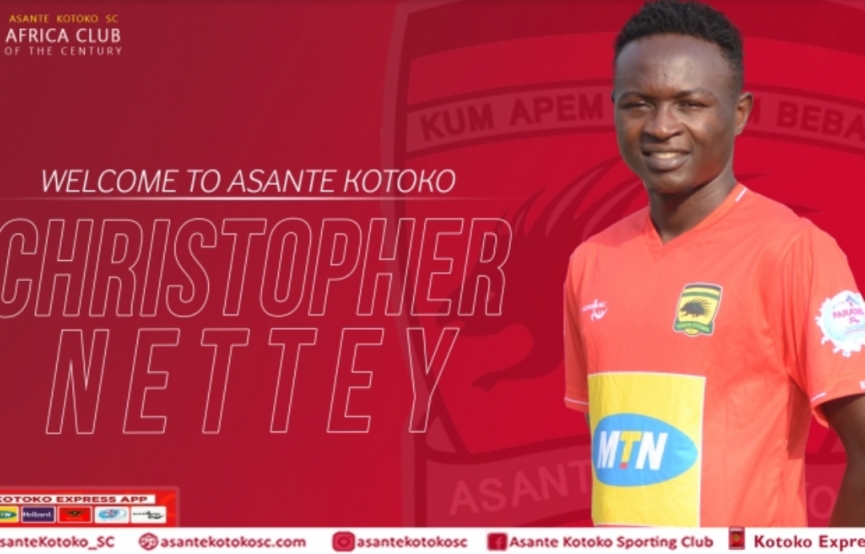 Nettey, 21, joined the Porcupine Warriors on a loan deal from the lower-tier side last year.

He has established himself as the club’s first-choice right-back, playing in all their nine Ghana Premier League games.

However, reports from the media suggest that the Reds’ bid of signing the youngster on a permanent deal has hit a snag after Attram De' Visser Soccer Academy chief, Godwin Attamah, rejected a cash cheque meant for the payment of the transfer fee from the club.

According to Kumasi-based radio station Oyerepa FM, the deal spearheaded by Nana Gyambibi Coker, saw the two parties agreeing on $35,000 for three years but Executive chairman, Dr Kwame Kyei is reluctant to fork out the aforementioned amount for the player's services because GH¢350,000 was communicated to him after negotiations.

This prompted Godwin Attram to turn the cheque advanced to him as part payment for the player's services.

The former PSV Eindhoven star expressed his disgust over the report, saying he could recall the player from the loan deal.

“I will talk at the right time. You can ask the Kotoko people, when the time is right I will come out but they should know that the player had gotten exposure before he joined Kotoko, he traveled outside which earned him a national team call-up,” the former Ghana international told Oyerepa FM.

"I might be tempted to recall my player when the need arises,” he deduced.