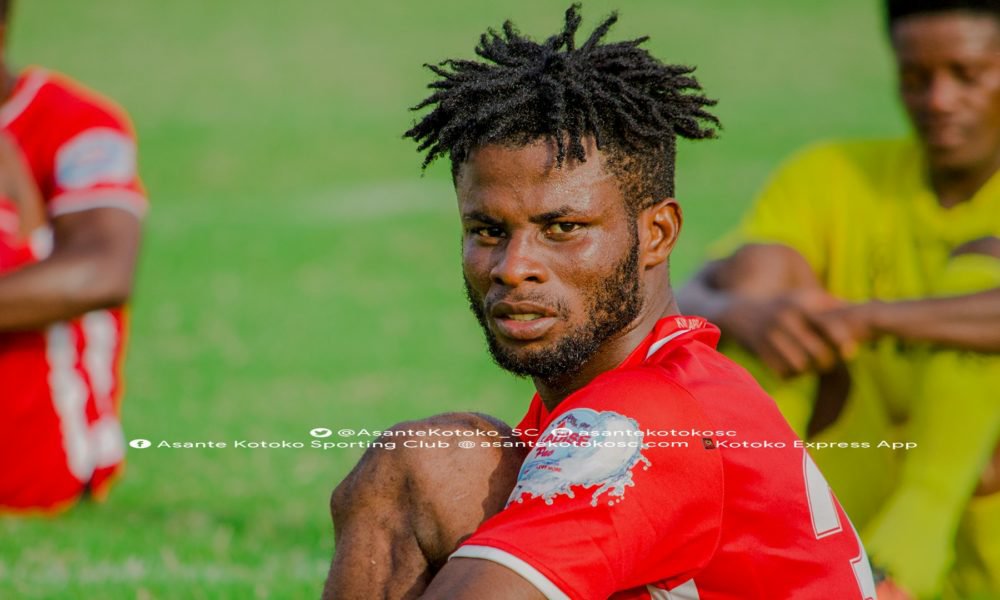 Andoh claims he misses being a regular player in the squad which is urging him to train very hard to get back into the team.

Andoh scored the opener when the Porcupine Warriors beat Kano Pillars 2-0 in Kumasi to eliminate the Nigerian side in the preliminary round of the 2019/2020 CAF Champions League campaign.

The 25-year-old has struggled to command more playing time since Konadu took over as head coach from Norwegian gaffer Kjetil Zachariassen.

"I played several games during our Africa campaign and even scored."

"Unfortunately, we could not progress in the Champions League and the Confederation Cup and the coach was sacked."

"I would not say that affected me. But every coach has his style of play and what he requires from players. I have played a few games under coach Maxwell Konadu but I still want more. I have to push myself harder to get there."

More so, the former Wa All Stars star admits intense competition for starting places in the team which requires hard work and perseverance.

"The competition for places has become intense and the best thing to do now is to fight harder."

"Everything depends on me. I am working hard in this break and hopefully, things will change when football resumes."

Andoh made just three appearances in the 2019/2020 Ghana Premier League season for Asante Kotoko after 14 rounds.