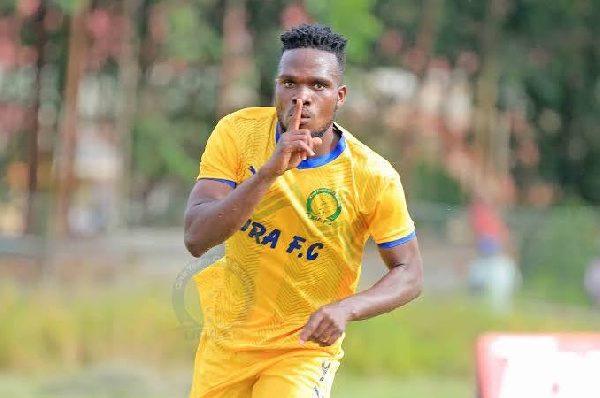 Ugandan striker Stephen Dese Mukwala has promised to repay Asante Kotoko fans' faith and belief in him after joining the club on a free transfer.

"Basically, I want to thank the fans of mighty Asante Kotoko for the beautiful reception, I already feel at home because of the love showed me in the last few days and I promise to repay that faith and belief in me. I can’t wait to get started," he said.

"I promise to repay the fans for the faith they've put in me" -New Kotoko signing, Mukwala Steven Dese 🇺🇬#GhanaSoccerNet pic.twitter.com/p7VyoWfXaL

Kotoko returned to the negotiations table with the goal-scoring machine as they search for a quality striker to replace Cameroonian striker Franck Mbella Etouga who is expected to leave the club before the 2022-23 season begins.

Mukwala sealed his transfer to the Porcupine Warriors on Wednesday after signing a two-year contract.