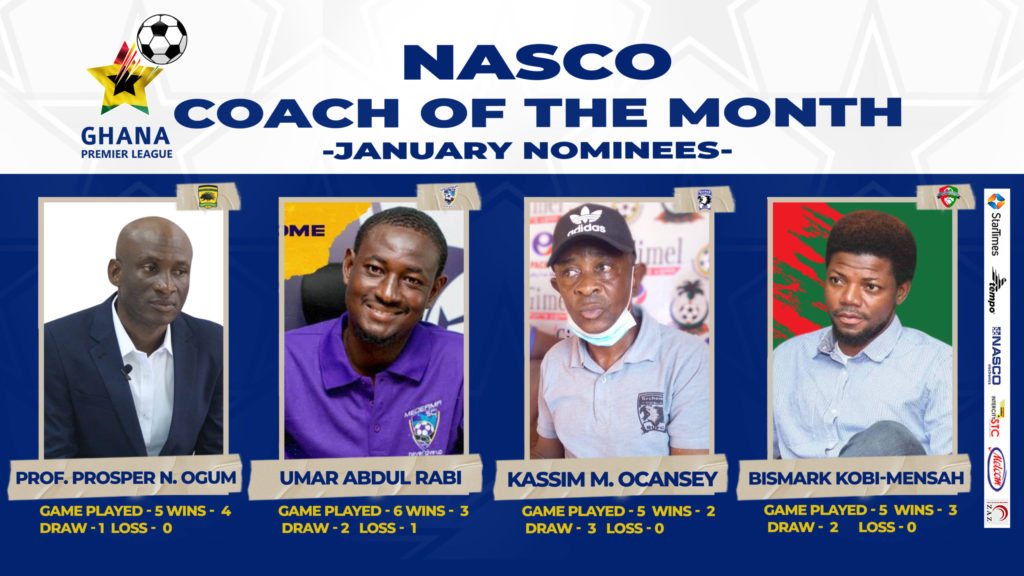 Asante Kotoko coach Prosper Narteh Ogum is the frontrunner for the NASCO Coach of the Month Award for the month of January.

Ogum, who last won for the month of November, played five matches in the month under review where he won 4 and drew one.

Rabi had three wins, two draws and one defeat from six matches for the Mauve and Yellows.

With three wins and two draws, Kobi-Mensah remains in contention.

The winner of the award will be announced on Friday, 25 February 2022 and the prize is a 43 inch Television set from Electroland Ghana Limited.