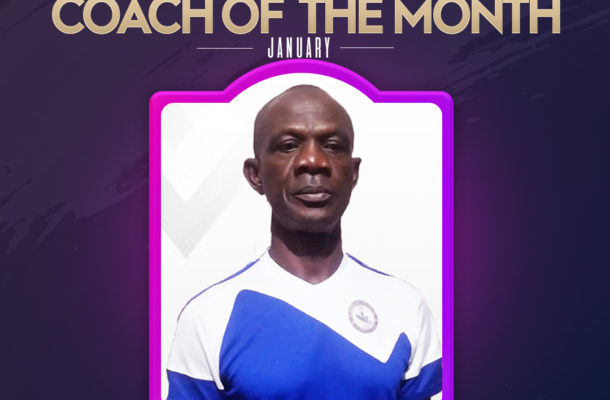 Berekum Chelsea's Asare Bediako has been adjudged the Nasco Premier League Coach of the month for January.

This was after he guided the Blues to a sensational unbeaten six-game run including away wins over heavyweights Accra Hearts of Oak, Asante Kotoko and AshantiGold.

All of those were 1-0 scorelines.

For his prize, Bediako will take home a Nasco television and a customised trophy.