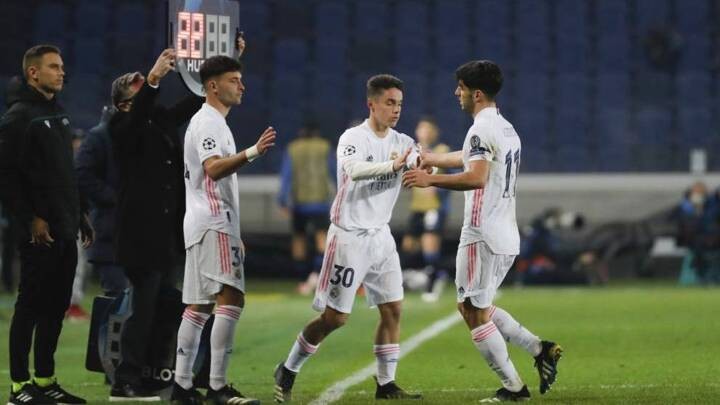 Marco Asensio continues to be a key piece for Zinedine Zidane, and more so with the number of injuries that have plagued the squad, but the truth is that the Spaniard hasn't hit top form since his lengthy injury lay-off.

Real Madrid waited for the 25-year-old for 11 months, but he hasn't been able to perform consistently in the 2020/21 season, despite showing glimpses of his talent in the first half of the campaign.

The latest development has seen Asensio shifted to the right side in order to allow Vinicius Junior to play from his favoured left side, and the production has dried up.

In the last two matches, Asensio has lost the rhythm he was showing in matches against Huesca, where he was Los Blancos' best player, Getafe and Valencia.

He has practically disappeared and added little in the Champions League tie with Atalanta, in which he only provided two shots, neither of which were on target in northern Italy.

There is no doubting the effort Asensio has put in to return from injury, but there is no magic. He has scored just two goals in 30 matches, as well as adding only two assists.

The 2020/21 season seemed crucial for the forward, as he was supposed to get back to his best ahead of the European Championship, but that doesn't look likely.

Zidane has always trusted Asensio, evidenced by the fact that he has turned to him on 30 occasions. this season. The only one who can overshadow him is Eden Hazard when he is fit.