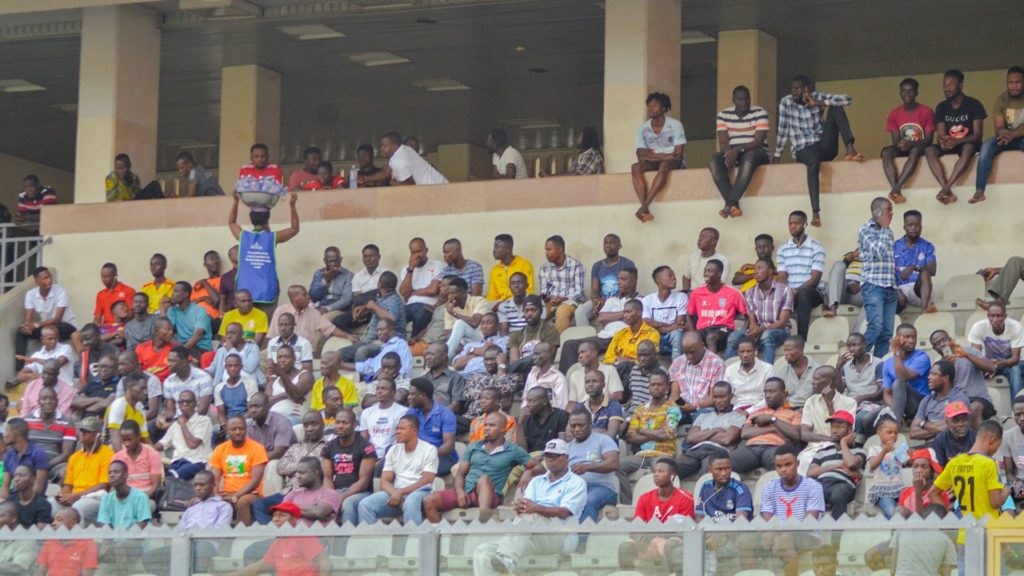 The Ashanti Regional Director of the National Sports Authority (NSA) Emmanuel Kojo Appiah has pleaded with fans to desist from stealing toilet rolls when they visit the washrooms at the Baba Yara Sports Stadium.

Emmanuel Kojo Appiah was speaking on preparations made by his outfit ahead of Asante Kotoko's CAF Champions League preliminary round second leg against RC Kadiogo of Burkina Faso on Sunday.

According to him, football fans attending the game should comport themselves especially when they use the washrooms.

He lamented on the challenges facing the NSA especially on how T-rolls provided are stolen by users of the facility.

“One of the challenges we have which is very difficult to control is the Washrooms. When they come, they should take it as their home and help us sanitize the place", he told Kessben TV.

"Someone will come to free himself when he goes in, there will be T.roll there and he will put it in his pocket and leave.

"It’s amazing, when you say this people will be laughing but it’s the reality. We usually put a new T.roll for 50 people when they attend the washroom.  We had to stop because when you put it there, between the first 5 to 10 people someone will take it and leave”

Emmanuel Kojo Appiah also revealed the cost of preparing the facility for games.

"We spend close to GHC10,000 to GHC20,000 to prepare the stadium for games involving Asante Kotoko".

The regional director also called on club officials, players and some technical team members to do away with sprinkling concoctions on the pitch as it affects the grass.