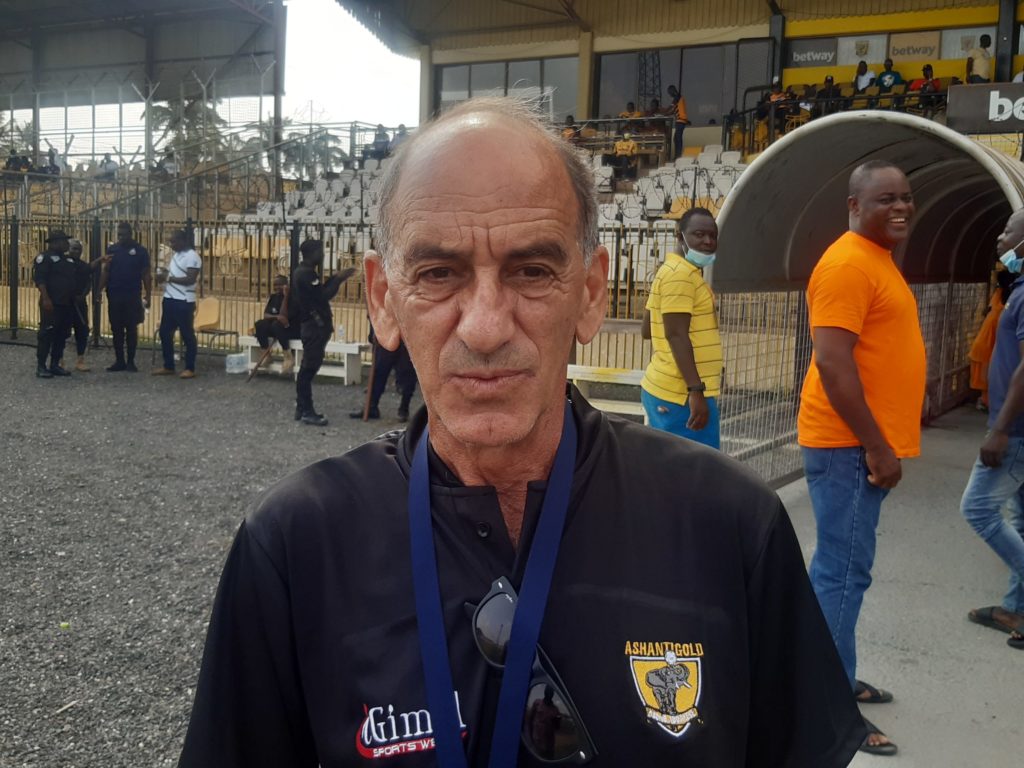 AshantiGold SC trainer Milovan Cirkovic has praised his players for their comeback victory against Berekum Chelsea in the Ghana Premier League.

The Miners came from a goal down to claim a 2-1 win over Chelsea at the Len Clay stadium on Sunday.

Augustine Henneh put the visitors ahead in the 9th minute before Appiah McCarthy equalised in the 22nd with a sublime free-kick.

Hans Kwofie with his 3rd of the season got the match winner for Cirkovic and his lads five minutes from the break.

"There was no special motivation for the players for this match. They know every single point is very important in the league," The Serbian tactician said.

"Before the game, I told my players it would be difficult. I hoped they could win and they fought hard for it.

"I was surprised when Berekum Chelsea scored first. It was very difficult to do a comeback.

"I am happy we were able to come from behind to get all the three points in the end."

AshantiGold are currently 4th on the premiership standings with 12 points after 7 fixtures.

They travel to the capital to face Great Olympics next weekend.