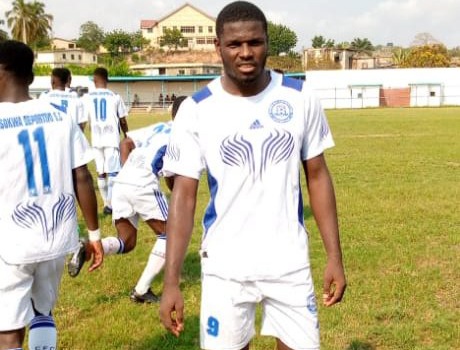 The 20-year-old prodigy has penned a five-year contract with the Miners after passing medicals.

Brokelyn has been impressive for Deportivo in the Ghanaian second-tier this season which caught the attention of AshantiGold.

He has scored three goals and provided four assists in 10 matches for the Kumasi based in the Division One league this campaign.

Brokelyn is expected to join his new team mates this week as they continue preparations for the second half of the Ghana Premier League.