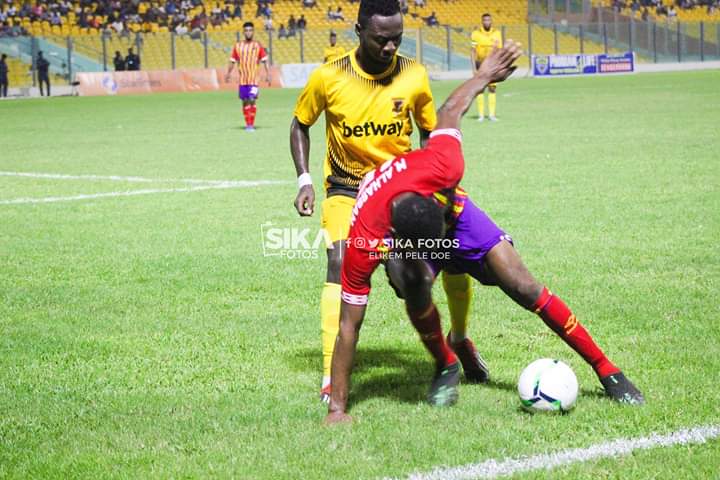 Ashantigold defender Eric Donkor has expressed satisfaction in their goalless draw against Hearts of Oak in Accra on Thursday night.

The experienced defender played a key role as the 'Aboakese' lads held the Phobians at their own backyard.

Despite stating it was a difficult game, the ex-Asnate Kotoko player believes the Miners will take positives from the game to the match against Liberty Professionals on Sunday.

"Difficult game last night but one point away from home against a good team is good. Taking the positives from it to Sunday's game against Liberty Professionals," he posted on Social Media after the game.

The Obuasi based club have won just a game in their last four matches in the Ghana Premier League, having struggled to score goals in the absence of top striker Shafiu Mumuni.

Despite their struggles, Ashantigold are fourth on the league log.