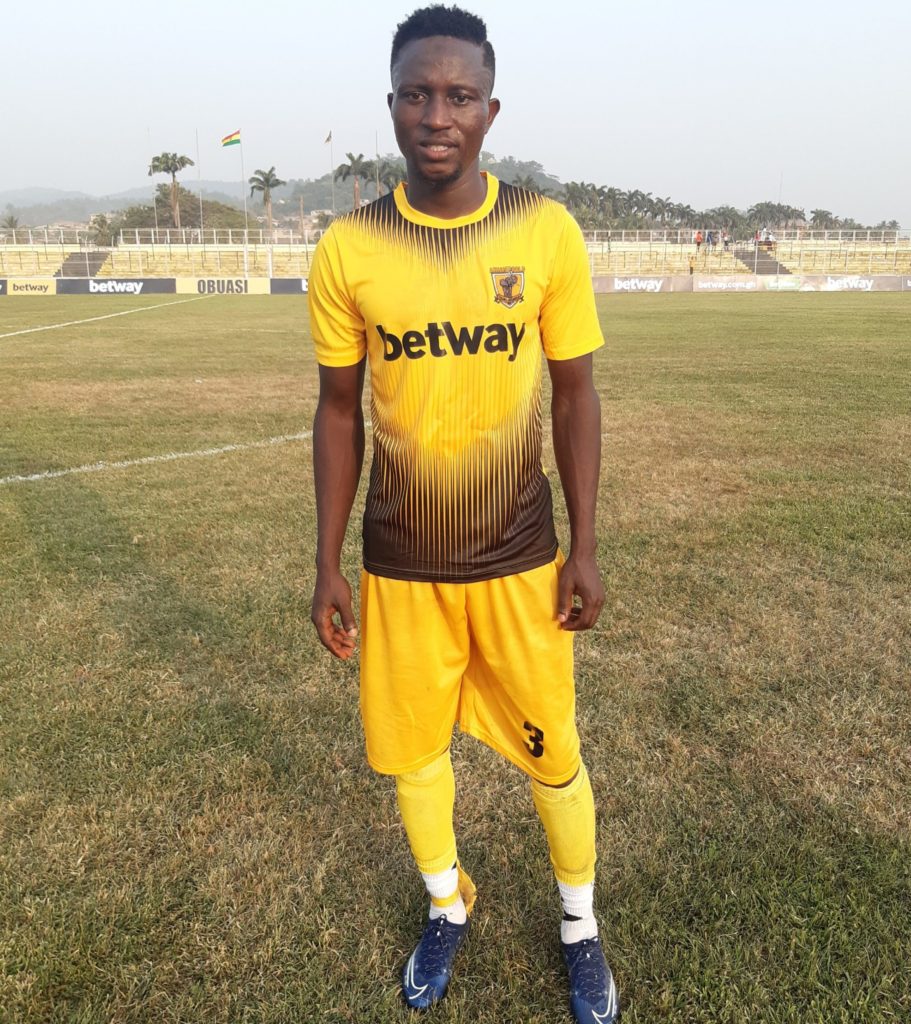 AshantiGold SC defender Mubarik Yussif says he is very happy to score on his birthday to help the club claim first win of the season.

The Miners beat newcomers Great Olympics 3-0 on Sunday to open their 2019/2020 Ghana Premier League in a grand fashion.

Yussif who was celebrating his birthday slotted home a lose ball in the 18th minute after the visitors failed to clear a free-kick inside the box to open the scoring.

Moreover, the centre back expressed his excitement in their win over Great Olympics in the season's opener.

"I am also excited because we won our first game of the season. It was difficult but in the end we won."

It was double happiness for Yussif as he also emerged man of the match after the game at the Len Clay stadium.

AshantiGold SC travel to Kumasi next week to take on King Faisal Babes.