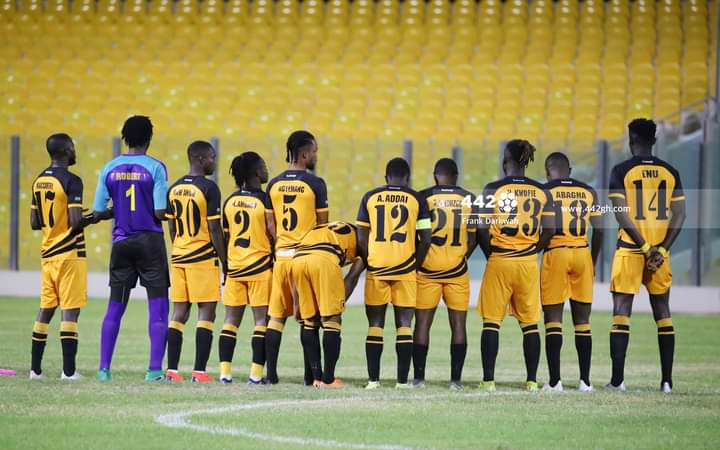 Ghana Premier League side Ashantigold has denied any involvement in a match-fixing scandal that has rocked their 7-0 demolishing of Inter Allies on the final day of the season.

The miners scored five goals before Inter Allies defender Hashim Musah directed the ball into his own net on two occasions.

The centre-back claimed afterwards that it was aimed at destroying the work of a betting syndicate.

The Ghana FA has opened investigation into the seven goal episode at the Len Clay Stadium.

But the former Premier League champions have denied the widespread reports in the local media.

"We take notice of the video circulating in relation to our game against Inter Allies and wish to state unequivocally dissociate ourselves from any wrongdoing," a club statement on Monday read.

"Ashantigold played competitively in the entire duration of the game, with our players scoring five great goals through hard work and team effort in the 15th, 26th, 42nd, 49th and 77th respectively.

"We have no idea as to why the opponents' player scored two own goals after we were up by five goals with 13 minutes to end the game.

"We demonstrated throughout the game we were determined to play to the best of our abilities, and not to play any predetermined score line as its been circulated.

"We therefore vehemently dissociate ourselves from any match fixing and wish to urge all persons and organizations wrongfully accusing the club of match-fixing to desist from that, as we won't hesitate to take legal action against such parties.

"As a renowned sports brand, we have always believed in fair play and would continue to act in the good interest of the game."

Substitute Hashim Musah scored an incredible two own goals to take the tally to 7-0 in the most shocking manner which has sparked outrage in the West African nation.

Young striker Isaac Opoku Agyemang netted a hattrick in the 16th, 44th and 77th minutes of the match taking his tally in the season to five goals.

Skipper Amos Addai added two goals in the 26th and 50th minutes to increase the advantage.

Two own goals by an Allies defender Hashim Musah in 78th and 80th minutes sealed the victory for AshantiGold.

The Ghana Football Association is under pressure to mount investigation into the match which has gained inches in the local media.

Allegation of match-fixing has rocked the Ghanaian top-flight this season with a number of top officials, journalists, reporters and fans heavily involved in the betting syndicate.