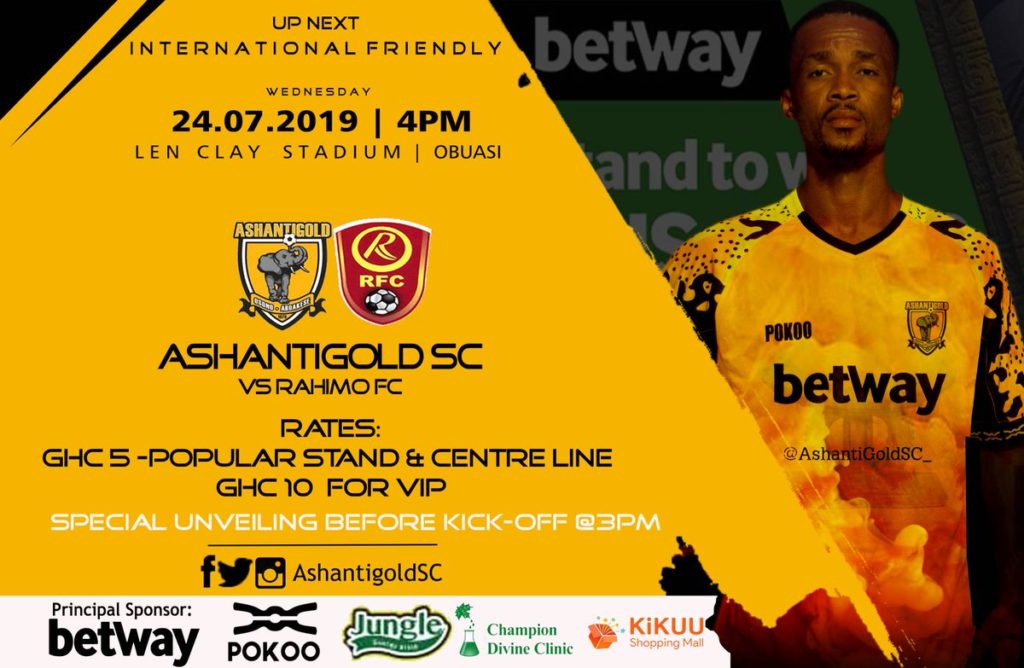 CAF Confederations Cup campaigners Ashantigold will host Burkinabe side Rahimo FC in Obuasi on Wednesday in an international friendly.

The Miners, who are preparing for their preliminary stage CAF Confederations cup game against Akonangoui next month will play Rahimo FC at the Len Clay stadium on Wednesday.

Rahimo FC have been in Ghana preparing for the start of the Burkina Faso top flight league.

They played Asante Kotoko on Sunday, losing 2-1 to the Ghanaian giants but will stay on to play the miners.

Ashantigold have been preparing for the start of the new season and have signed three players so far for the upcoming campaign.

The Tier II Special Competition winners will travel to Equatorial Guinea in the weekend of 9-11 August for the first leg of their game against Akonangui FC.