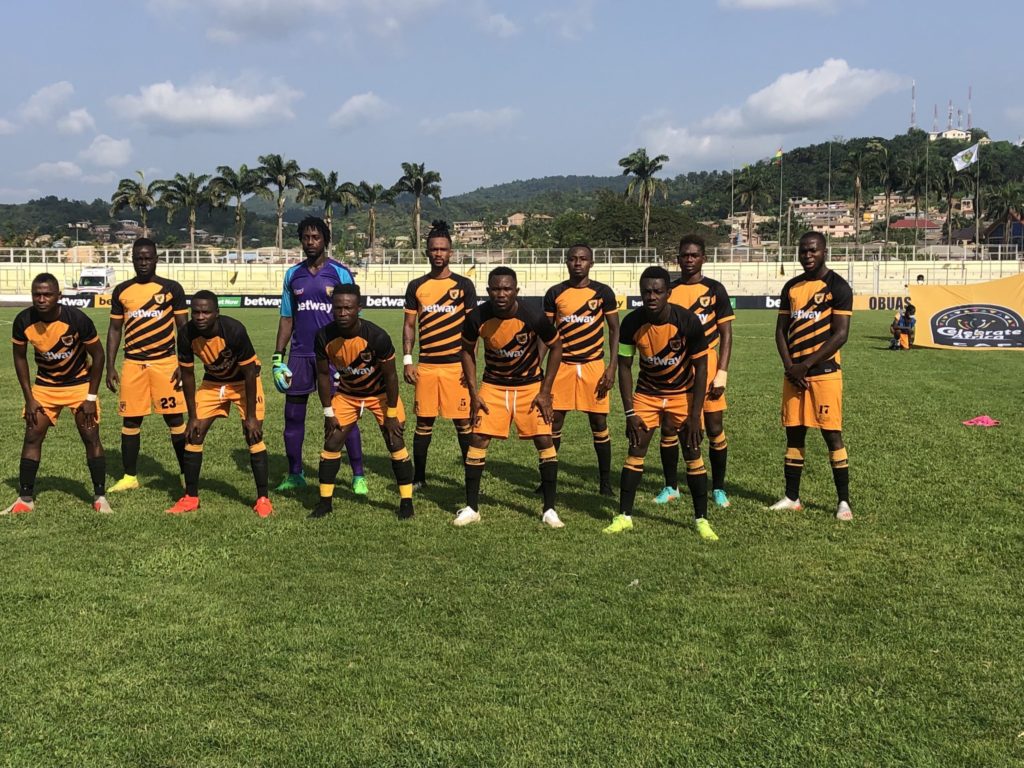 AshantiGold could face the rap of the Ghana Football Association (GFA) after flouting COVID-19 protocols in their Premier League match against King Faisal, which they won convincingly 5-1.

The club have been referred to the GFA Disciplinary Committee over their failure to obey the matchday protocols by ensuring that only the required number of persons permitted were allowed into the Len Clay Stadium for the outstanding encounter.

Per the GFA rules, only club heads, journalists, match officials, players and coaches are allowed into stadiums for games.

However, on Wednesday it is alleged that the men stationed at the gate of the stadium took money from fans and allowed them inside the stadium.

The club thus defied directives to play the match behind closed doors without spectators by allowing spectators to the stadium for the match.

Ashgold are expected to submit a statement of defence or should the club opt for personal hearing, the club will appear at a sitting of the Disciplinary Committee at a date to be announced.