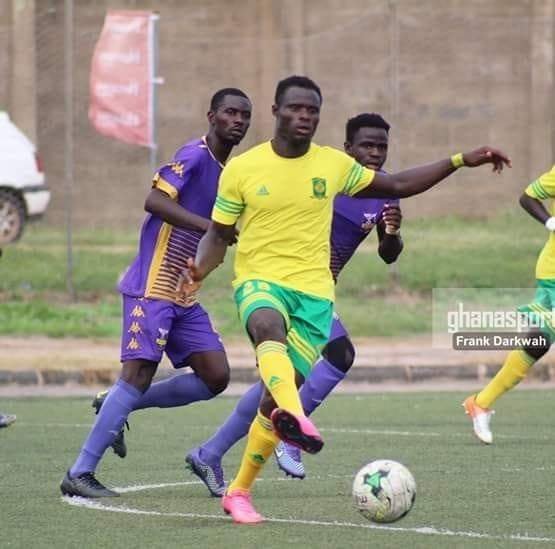 AshantiGold SC are closing in on the signing of former Ebusua Dwarfs midfielder Stephen Nana Bentil after the player's contract has run out.

Bentil has already arrived in Obuasi and has started training with the Miners.

GHANAsoccernet.com understand the versatile midfielder will be penning at least a two-year deal with the Gold and Black outfit in the coming days after passing a medical.

AshantiGold SC trainer Ricardo da Rocha worked with Bentil during his reign as the head coach of Ebusua Dwarfs where they finished 4th in the 2016/2017 Ghana Premier League season.

Bentil has been a key player for Cape Coast based side since joining them in 2016.