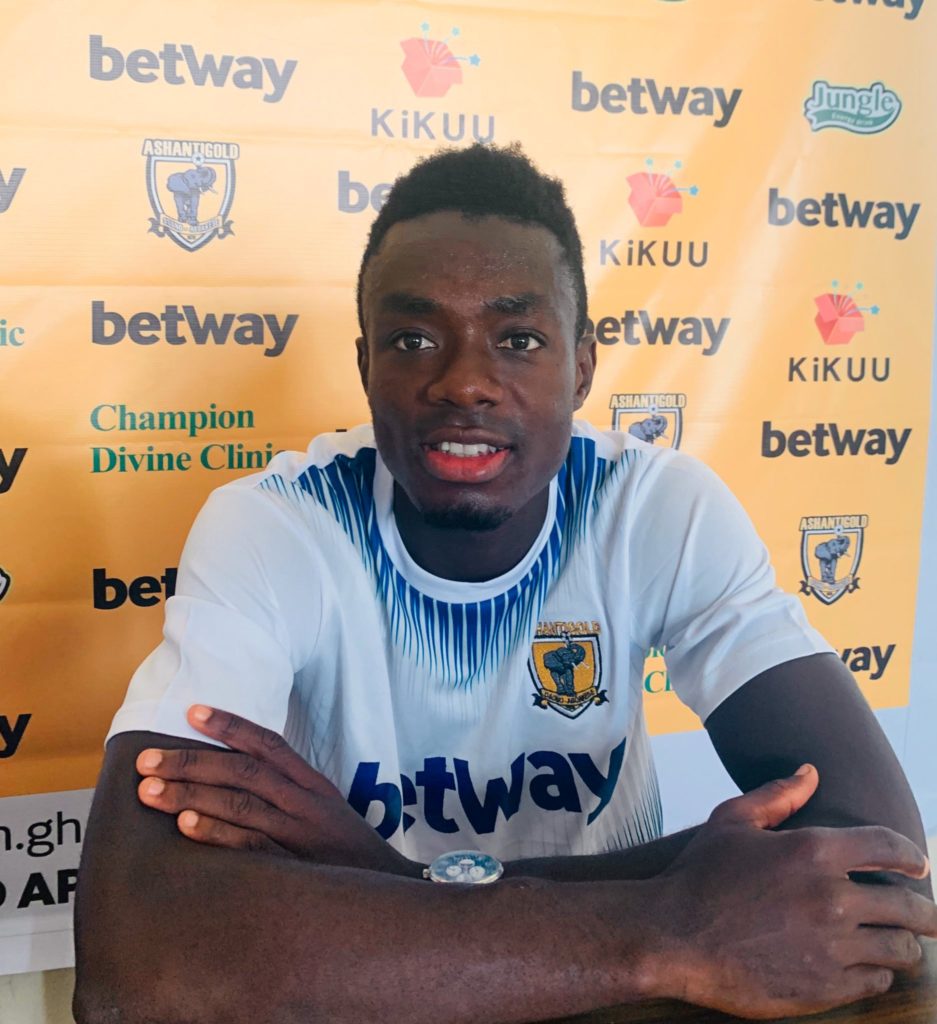 Winger Amos Addai says he will score against Eleven Wonders FC this weekend as he eyes more goals this season.

AshantiGold SC will be welcoming the Techiman based side in round three of the Ghana Premier League on Sunday.

The Miners have won all of the first two games of the season and will want to extend the winning run against Eleven Wonders.

"Yes I can promise a goal on Sunday. I have set a target for myself in every game and that's to score one or two." he insisted.

"I was worried when I didn't score in last weekend's game against King Faisal because I had promised someone and it failed."

"I have put that behind so on Sunday I will make the fans happy by scoring a goal."

Meanwhile, Addai scored the second goal when AshantiGold beat Great Olympics 3-0 in the season's opener a fortnight ago.