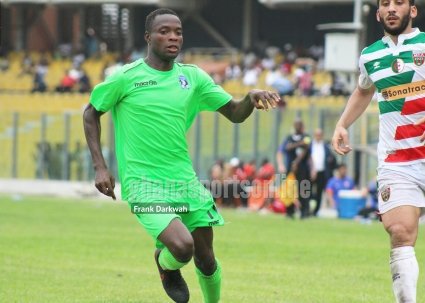 AshantiGold SC have completed the signing of Asante Kotoko target Yaw Arnol from a Bechem United, GHANAsoccernet.com can report.

The talented winger put pen paper on a three-year deal on Tuesday at the office of the club President Dr. Kweku Frimpong in Kumasi.

The deal is worth around GhC 30,000 for the next three years according to Kumasi FM.

Annor rejoined Bechem from Spanish second-tier side CF Fuenlabrada after a two-year spell in 2019.