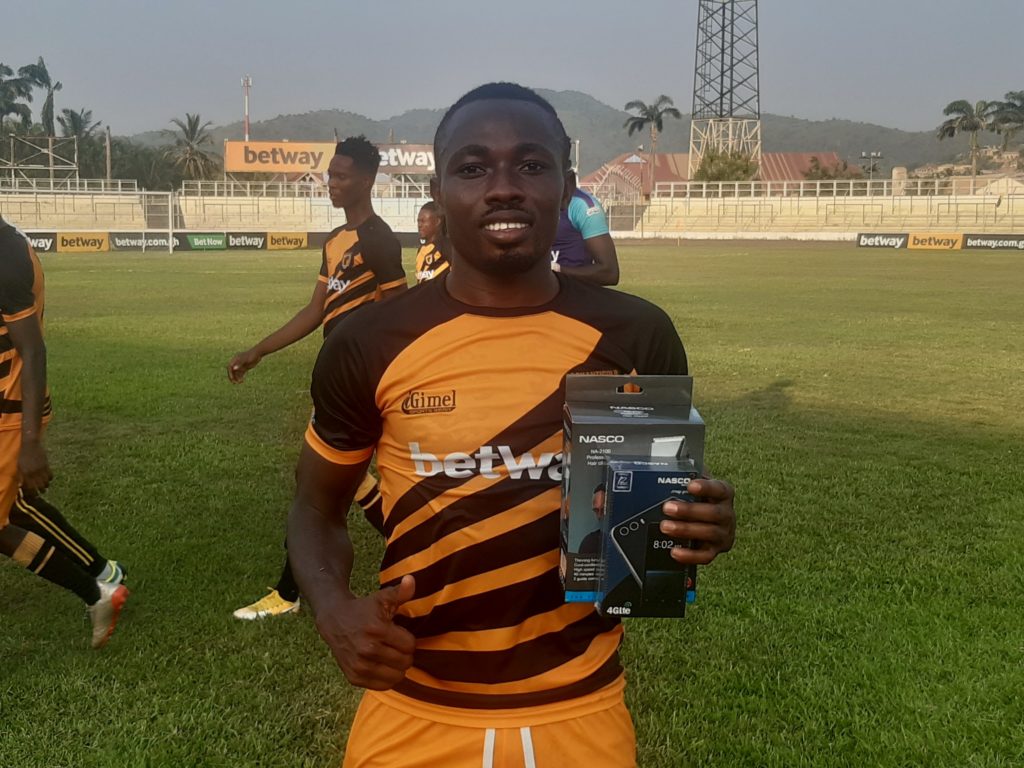 AshantiGold SC midfielder David Abagna Sandan has described their game against Berekum Chelsea as one of the difficult matches in the season so far.

Even though the Miners recorded a victory over Chelsea at the Len Clay stadium, the player admits it was very tough for them to be victorious.

AshantiGold came from a goal down to clinch a 2-1 vital victory over the Bibires on Sunday.

The visitors broke the deadlock in the 9th minute before Appiah McCarthy's brilliant free-kick drew the hosts level in the 22nd minute.

Abagna after an outstanding effort set up Hans Kwofie to net the match winner in the 40th minute.

"It wasn't an easy game looking at the way Berekum Chelsea played against us. They were a very good side," Abagna said.

"If you observe the latter part of the game, they were passing and we were chasing.

"I will describe this game as one of our difficult matches. I think we did we to come out victorious in the end."

The 22-year-old was named man of the match in the end following his outstanding display in the fixture.