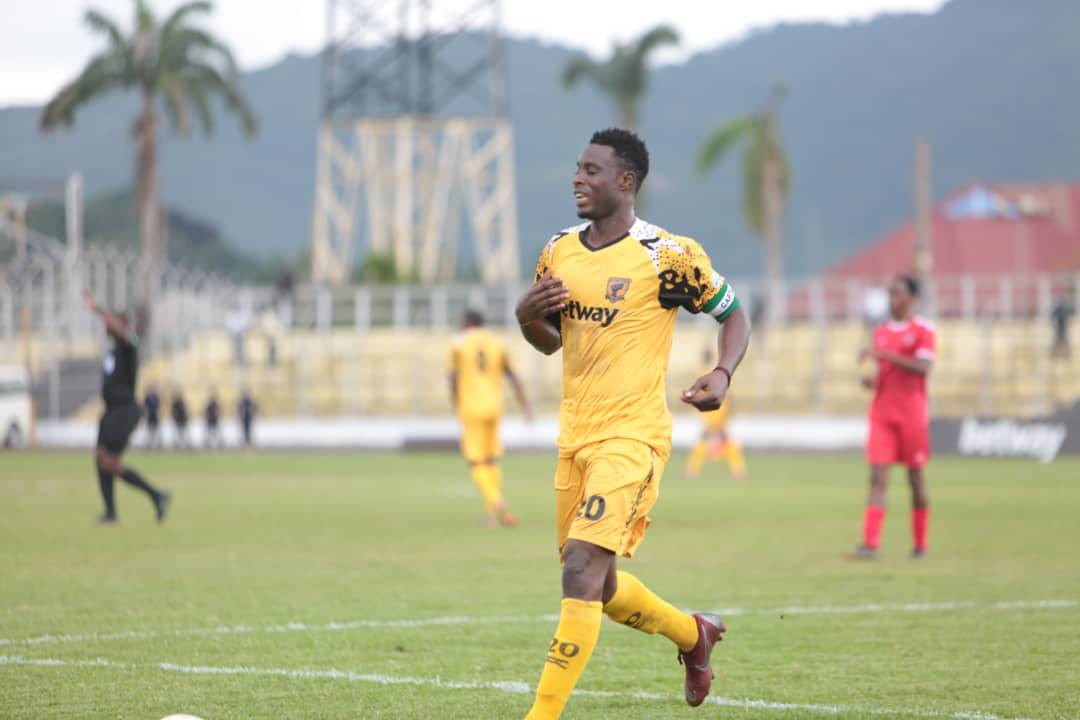 AshantiGold captain Shafiu Mumuni is raving about his first-ever career hat-trick in the 3-0 win over Equatorguinean side Akonangui FC and advanced to the next stage of the CAF Confederation Cup qualifiers.

The treble was recorded in the opening ten minutes at the Len Clay to seal a 4-1 aggregate win.

Mumuni, 24, said in his post-match speech: "I'm very happy with the hat-trick today and also the victory over them [Akonangui FC].

"We were determined to eliminate them with more goals in the early minutes of the match and it happened so we are pleased with the result despite not adding more after recess.

"We achieved the victory together as a team with a great performance and hoping to knock out our next opponent [RS Berkane].

''We thank the fans for their unflinching support before and during the match."