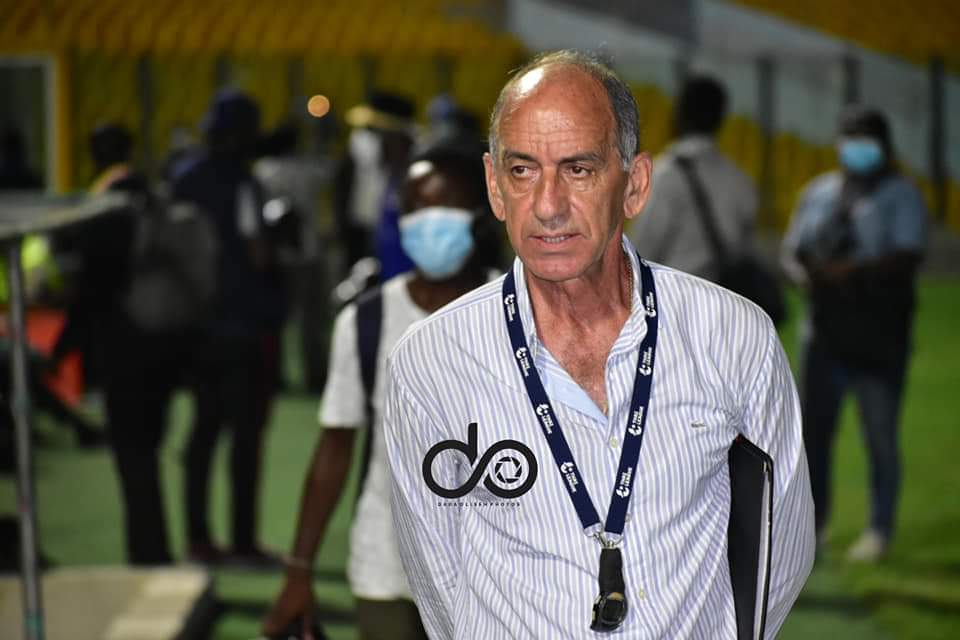 AshantiGold midfielder David Abagna praised coach Milovan Cirkovic for his timely decisions that helped the Miners secure a point in Accra against Hearts of Oak.

The Obuasi-based club twice came from behind, including scoring a late goal in the thrilling 2-2 draw at the Accra Sports Stadium.

Hearts took the lead when Kwadwo Obeng Jr scored before halftime, but the goal was cancelled out by Hans Kwofie.

Obeng Jr thought he had won the match for the Phobians when he headed home from close range in the 80th minute.

However, with less than two minutes to end proceedings, Kwofie once again put the ball in the net for Ashgold.

Speaking after the game, Abagna credited the Serbian trainer for the deserved point.

“He is being observant because when he first came he didn’t just rush, he tries to look from behind and observe all players, you could see the changes he’s made and all that, and is because he is observing and feel there are a lot of good players," Abagna said.

“He is beginning to see everyone at training and all the players are also putting in their best so he has a lot of players to choose from, his impact is great.

Ashgold shift their attention to continental assignment as they host of the first of Caf Confederation Cup preliminary round clash against Salitas FC.