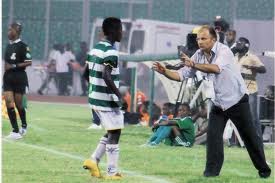 Ghana Premier League side AshantiGold are in talks to extend the contract of head coach Zdravko Logarusic to end speculations about his future.

The Croat has received widespread praise for transforming the fortunes of the Miners.

Media reports on Tuesday had claimed some Premier League clubs were monitoring his situation at Obuasi with his current deal expected to expire at the end of the season.

But the ex-King Faisal boss is keen to tie a new deal with the club.

He told GHANAsoccernet.com:Â  "I have enjoyed a good run with the club and I really wish to be in the same position next season. The management and the team have been fantastic and it will be great to work with them for few more years."

â€˜Weâ€™ve been talking and everything looks very positive from both parties and hopefully we can seal that to end all the speculations."