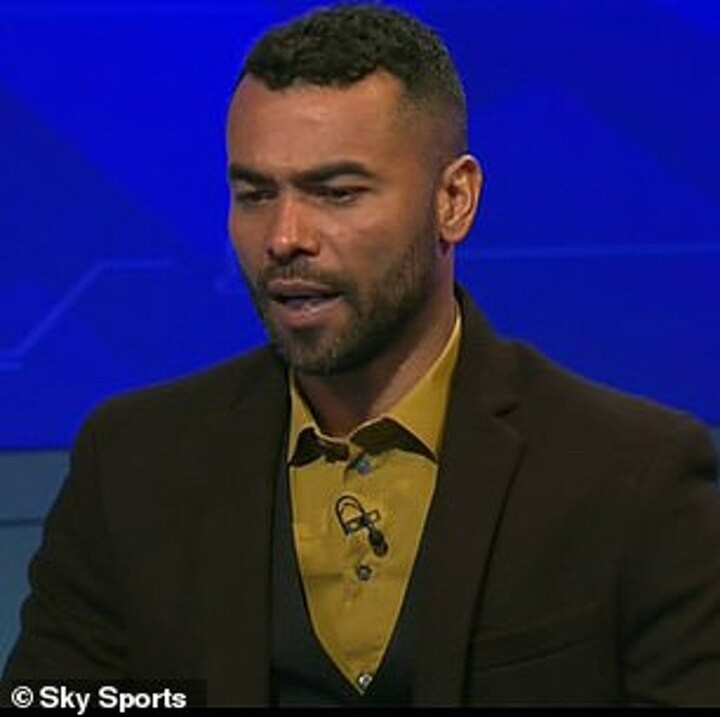 Ashley Cole was full of praise for Chelsea's 'perfect' performance in the win against Liverpool on Thursday, even stating he believed it was 'one of the best performances I've seen from Chelsea'.

Mason Mount's exquisite strike just before half-time was the difference between the two teams as the Blues inflicted a fifth consecutive home loss on Jurgen Klopp's struggling side.

Thomas Tuchel's team looked assured at the back too and were rarely threatened - and former Chelsea left back Cole said afterwards that the squad will be 'high on confidence' from the victory at Anfield.

'I think it was a perfect performance,' Cole told Sky Sports.

'I thought they showed a lot of bravery and again to go to Anfield... for me one of the best performances I've seen Chelsea play in terms of playing out from the back, brave, calm on the ball.

'And then obviously sticking to the game plan of that ball over the top, it worked a treat tonight... They will take a lot from this game, they’ll be high on confidence.'

Tuchel took over from Frank Lampard six weeks ago but has not lost yet, going 10 games unbeaten in all competitions.

That includes wins against Tottenham, Atletico Madrid and now Liverpool, all coming by a 1-0 scoreline - and Cole admits the players have taken to their new coach quickly.

'It's the german style, when they press you’ve got the outlet, running in behind,' Cole added.

'They’ve taken to him very quickly. He’s been concise in what he wants. A different style to Frank, but with the same personnel.'

Chelsea are now four points above champions Liverpool in the race for a top-four spot - they host Everton on Monday night.