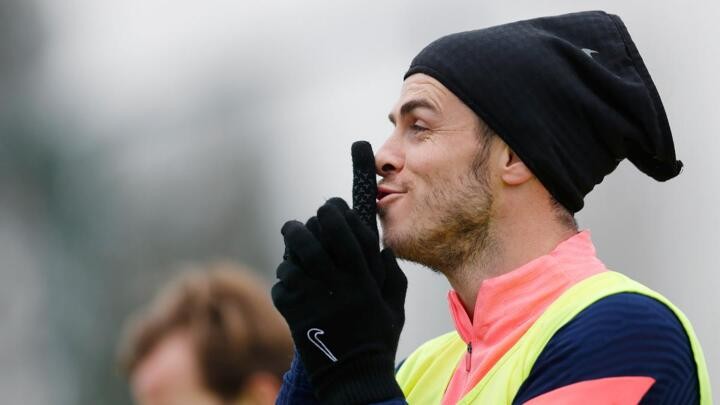 Tottenham are glad their patience has been rewarded after a resurgent run of appearances from Gareth Bale.

Tottenham coach Jose Mourinho has suggested that the fact that Gareth Bale took so long to hit top form was the fault of Real Madrid.

Bale had a miserable start to his Tottenham return after coming back to the club on a season-long loan deal in September.

He struggled with his form and fitness, quickly falling out of favour with Mourinho.

Bale has been revitalised of late though, impressing in two Europa League games against Wolfsberger as well as Premier League clashes against West Ham and Burnley.

Bale now feeling at his best at Tottenham - Mourinho

Mourinho recently said Bale was the happiest, fittest and most confident he has ever been at Tottenham.

The Spurs boss confirmed Bale had another good reaction to his 70-minute outing in the 4-0 win over Burnley on Sunday.

It means the Wales international is in contention to play at least some part when Spurs take on Fulham at Craven Cottage on Thursday.

"For the past two years, he had what he had in Madrid," said Mourinho. "Ask them [why it took Bale so long to find form].

"Maybe if they answer you, you can understand better why he took a while.

"Maybe to be patient was the main reason for him to reach the level he showed in the last couple of weeks."

Asked if Bale would be involved in the Fulham game, he added: "I believe so. Starting or on the bench I don't know, we have to decide that.

"He is such an experienced guy so of course his opinion is very important. But he has had a good reaction [after the Burnley game], a good recovering session and he will be involved.

"I repeat: [it could be] bench or starting, but he will be there."

Midfielder Giovani Lo Celso will not be rushed back despite returning to training.

"He is training with the team but it was a big injury," added Mourinho.

"We are not going to risk [him] yet. In fact, we don't want to risk [him at all], we want to bring him to the team and competition when there is no risk. One week, two more weeks.

Bale has registered four goals and three assists in his last four games for Tottenham.

In his first 16 matches since returning, he only recorded four goals and did not register a single assist.

The 31-year-old's minutes per goal involvement have impressively plummeted from 200.8 in his first 16 matches to one every 28.7 in this most recent four-match span.

It is only a small sample size and two of the matches were against weaker opposition in Wolfsberger, but the signs are encouraging.

The amount of shots he is taking is similar (4 per game compared to 4.3 before), but notably more of Spurs' attacks are coming through Bale.

He has accounted for 22 per cent of Spurs' shots in the last four matches, where before he was responsible for just nine per cent of their attempts in the time he was on the pitch.

How do Bale's stats compare to Real Madrid?

The recent burst from Bale means his statistics since returning to Spurs compare favourably to his successful Madrid tenure in a number of categories.

Again, it is worth noting his Spurs figures are from a comparatively small sample size making them more prone to fluctuations – 20 matches compared to 251 in the Spanish capital.

Bale has 11 goal involvements for Spurs (eight goals and three assists) in 1,004 minutes on the pitch, giving him an average of 91 minutes per contribution.

At Madrid, he averaged one every 111 minutes.

Bale also compares favourably when looking solely at minutes per goal (171 at Madrid v 126 at Spurs).

He did, however, win 65 per cent of the games he played in at Madrid, compared to 60 per cent since returning to Spurs, a sign of the difficult season experienced by the London club.