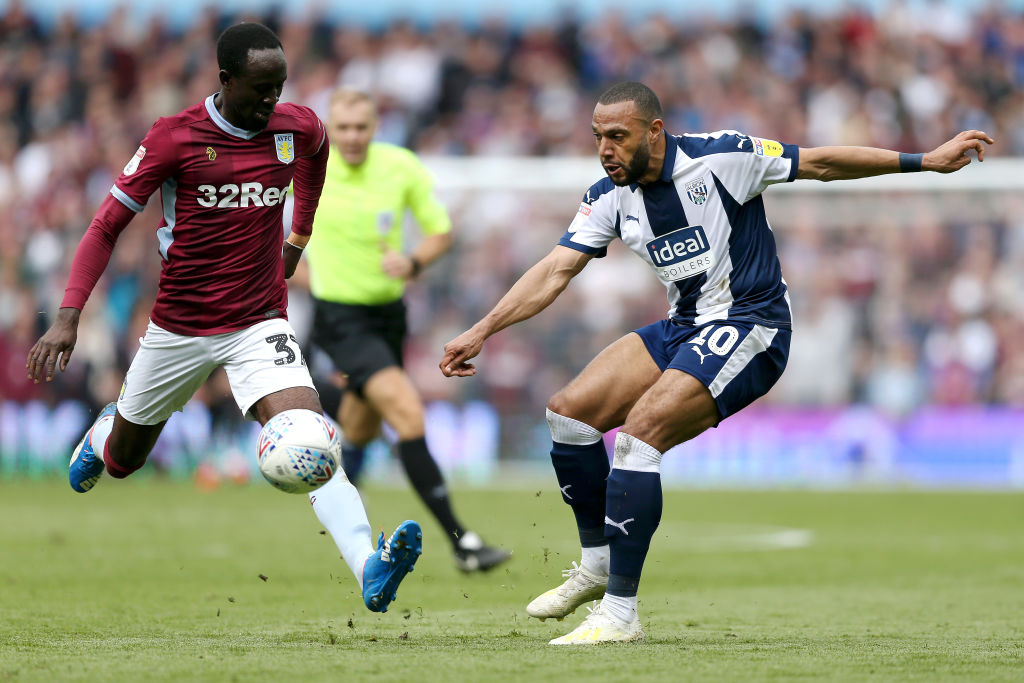 Having taken a 2-1 advantage in the first leg, Aston Villa needed to avoid two-goal margin defeat to achieve their dream of making a return to the Premier League after three-year absence.

But they given a blow when defender Craig Dawson scored for Albion in the 29th minute to level the score line 2-2 on aggregate.

However, the Villains held on to take the match to the penalty shootout as the away goal rule does not count in the English Football League playoff.

Dean Smith’s side went on to win the game 4-3  in the shoutout despite Adomah’s fourth kick miss.

The Birmingham-based outfit will engage the winner of the match between Leeds United and Derby County in the other playoff semifinal.

Their second leg is on Wednesday, with Leeds protecting a 1-0 lead at its Elland Road home.

The final is at Wembley Stadium on May 27.