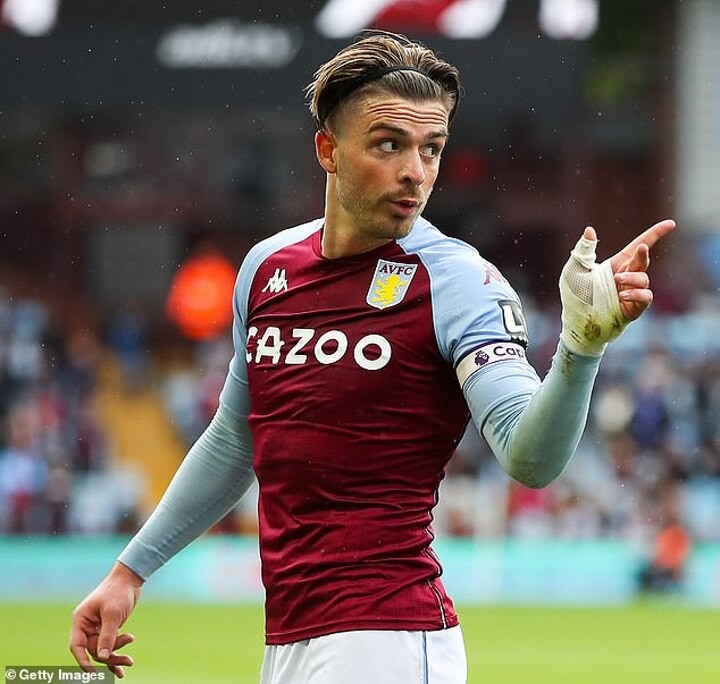 Aston Villa fans are pulling out all the stops to try and persuade their hero Jack Grealish not to sign for Manchester City.

The 25-year-old England star is back in pre-season training with Villa after playing at the European Championship.

But he might not be around for much longer with defending Premier League champions City ramping up efforts to sign him in a deal that could be worth £100million.

A group of Villa fans weren't deterred, however, and do their best to convince Grealish not to leave in a video clip that has gone viral.

One says: 'You know how much we love you, come on. Do you want to join a club that was formed 10 years ago?

'City are a small club, mate, they'll ruin you!'

Grealish looked sheepish as he listened to the comments and posed for selfies with young fans and even more so when one voice asked him for a used hairband.

Unlike his England team-mate Harry Kane, who has been absent from Tottenham's training ground for the past two days in order to force through his City move, Grealish reported back to Bodymoor Heath.

He is clearly keen to build up his fitness levels ahead of the new campaign for whichever team he is playing for.

Sportsmail reported last week that City were in discussions over how to structure the £100m bid, which would be a record fee for English football.

Grealish is also set to earn over £200,000-a-week should he complete the switch.

Earlier in the transfer window, they completed a £40m club record move for Emi Buendia from Norwich.

They are also closing in on the £30m signing of Leon Bailey from Bayer Leverkusen, while they also hold interest in the Southampton midfielder James Ward-Prowse.