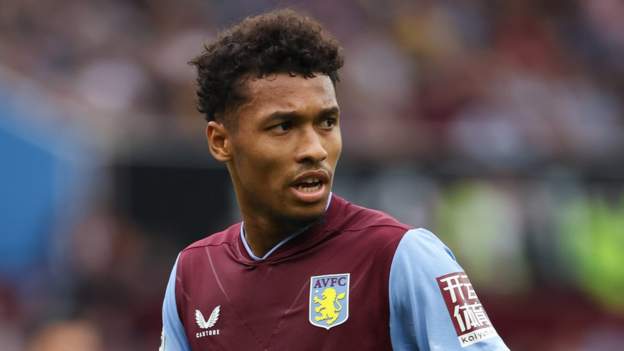 Aston Villa midfielder Boubacar Kamara is likely to be out for around two months after suffering knee ligament damage - putting his involvement in the World Cup in doubt.

The France international has been one of Villa's best performers since joining on a free transfer from Marseille in the summer.

He suffered the injury in Villa's 1-0 win over Southampton last Friday.

"I'm worried about it," Villa boss Steven Gerrard said after the match.

"It seems like every time we get three points it comes with a cost."

Kamara has three international caps for France and had been called up for the current round of Nations League matches before suffering the injury. The World Cup in Qatar gets underway in November.

Kamara's injury is another blow for Villa following the injury to defender Diego Carlos who ruptured his Achilles in his home debut against Everton in August.

The 29-year-old centre-back joined from Sevilla for £26m in June and had started both of Villa's opening Premier League fixtures.

Kamara's fellow France teammate Lucas Digne is also set for a period on the sidelines after suffering an ankle injury in the Southampton match.