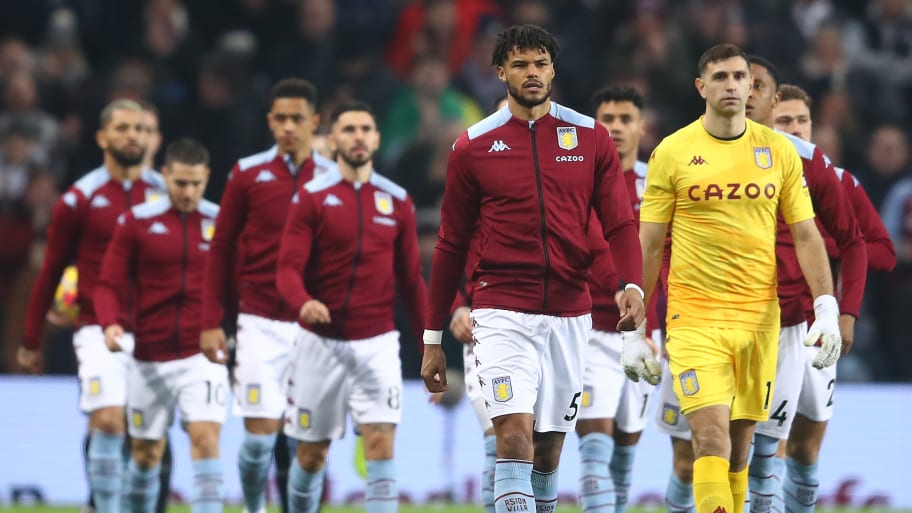 Aston Villa travel to Everton on Saturday afternoon looking to end a run of four games without a win.

Since winning four of his first six at the helm, Steven Gerrard has seen his men fall into a slump in recent weeks. A 1-0 FA Cup defeat to Manchester United followed Premier League losses against Chelsea and Brentford, but the Villans fought hard to earn a 2-2 draw in the league against the Red Devils last time out.

They face an Everton side under the supervision of Duncan Ferguson following the dismissal of Rafa Benitez, who has led the Toffees to just one Premier League win since the beginning of October.

Here's how Gerrard could set out his side.

Emi Martinez (GK) - Produced a blunder against United but is usually so consistent. Signed a new contract until 2027 on Friday.

Matty Cash (RB) - Played every minute since Gerrard took charge of the club and should continue that trend here.

Kortney Hause (CB) - Ezri Konsa was forced off with injury in Villa's previous outing, leaving the door open to Hause to fill in.

Tyrone Mings (CB) - Set to skipper the side for the 18th time in the Premier League this term.

Lucas Digne (LB) - This should be interesting. The Frenchman is in line for a reunion with the Goodison Park faithful not long after departing for Villa.

John McGinn (CM) - Served his one-match ban during Villa's draw with United, and should be immediately reinstated to the midfield.

Douglas Luiz (CM) - Playing some really good football at the heart of Gerrard's side and should be in line for an eighth consecutive Premier League start here.

Jacob Ramsey (CM) - Talking of good football, this young man is on fire. Setting Villa Park alight at times this season, Ramsey is a sure starter for the visitors.

Emi Buendia (RW) - So capable of producing moments of quality, Buendia may have to start directly affecting the outcome of games if he's to keep his place when Leon Bailey returns to action.

Ollie Watkins (ST) - Hasn't hit the back of the net in three appearances, but he's always a menace to opposition back lines.

Philippe Coutinho (LW) - The former Liverpool ace didn't look one bit off the pace as he produced heroics on his debut, and he could be given a maiden start at Everton.

You can read 90min's preview of Everton vs Aston Villa here.

This article was originally published on 90min as Aston Villa predicted lineup vs Everton - Premier League .