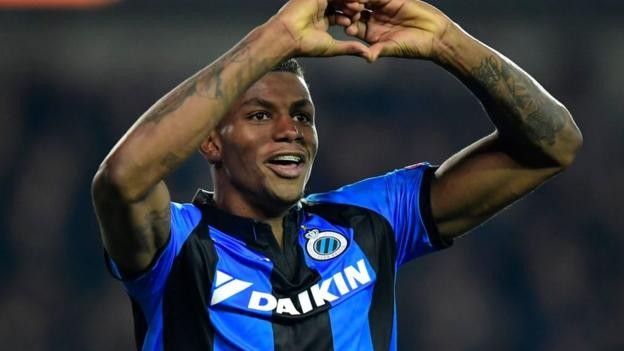 Aston Villa have signed Brazilian striker Wesley from Belgian side Club Brugge for a club record transfer fee, subject to a work permit and international clearance.

Wesley, who scored 17 goals in all competitions for Brugge last season, joins for a fee larger than the £18m plus add-ons for Darren Bent in 2011.

He was crowned the Best Young Player in the Belgian league last season.

Wesley scored 38 goals and provided 14 assists in 130 appearances for Club Brugge and is Villa's third transfer of the summer after the permanent signing of Anwar El Ghazi from French side Lille and two-year deal for striker Jota from local rivals Birmingham.