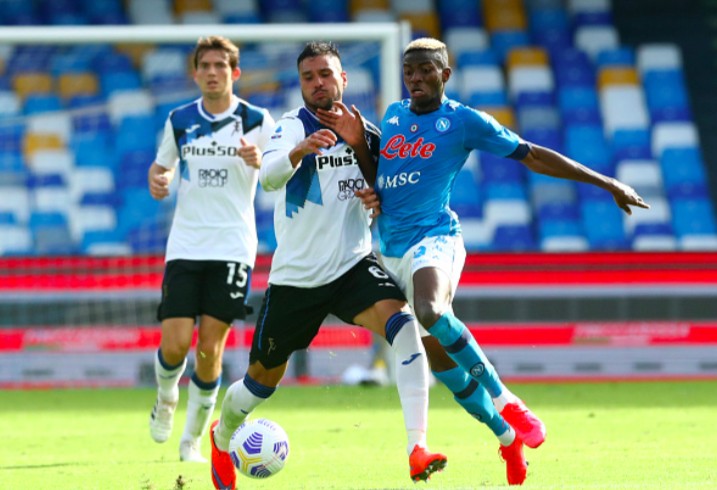 Atalanta suffered a humiliating 4-1 defeat away to Napoli on Saturday afternoon in Serie A, and it was a nightmare performance for the defence, for none more so than Jose Luis Palomino.

He failed to track the runs of the Partenopei players for the first goal, was easily beaten by Victor Osimhen in an aerial challenge leading up to the second one, and failed to close down Matteo Politano and Osimhen for the third and fourth goals respectively.

Palomino’s performance was so bad, Atalanta coach Gian Piero Gasperini had to replace him with Berat Djimsiti at half-time.