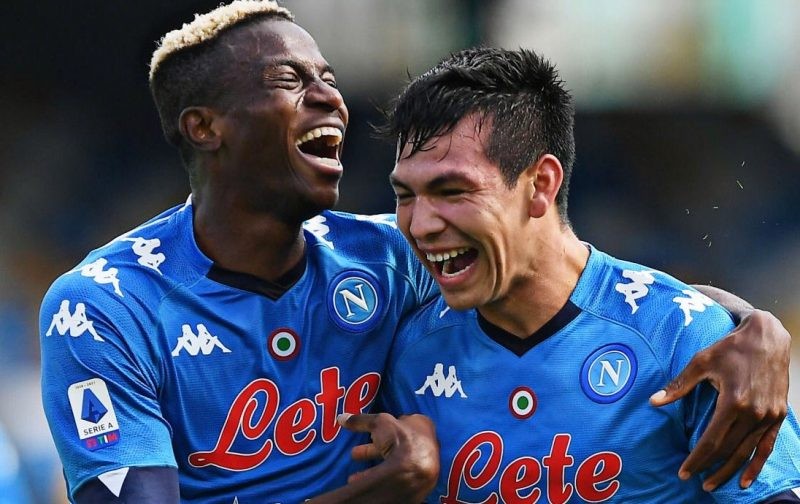 Napoli took out all of the anger that had built up after the debacle of their unfulfilled game at Juventus by thumping Atalanta 4-1 at the Stadio San Paolo on Saturday afternoon.

The Partenopei came into Round 4 with two wins from the two games they had played so far in 2019/20, though they sat on just four points with three matches on the board as they had a walkover given against them for failing to travel to Turin to take on Juventus before the international break.

On the pitch, though, Napoli had impressed at Parma and against Genoa, and they showed that same form against the high-flying Nerazzurri, driven on by Victor Osimhen and Hirving Lozano.

Most of the early chances had fallen Napoli’s way until Papu Gomez came close to opening the scoring midway through the half, though he saw his left-footed strike go just outside David Ospina’s post. Seconds later, the hosts deservedly got their noses in front. Matteo Politano and Giovanni Di Lorenzo worked their way into the box on the right before the latter cut a ball across the box where Chucky Lozano was on hand to bundle a close-range effort over the line.

That lead was doubled within five minutes through Lozano again. The worst of Jose Luis Palomino erraticism was on display as he was drawn toward Osimhen in midfield only to completely miss a header. The ball made its way to Lozano on the left and he, shown inside by Rafael Toloi, accepted the invitation to shoot and curled a low strike into the bottom corner of Marco Sportiello’s goal.

Another came just three minutes later, again from outside the box. Politano had all the space he could have liked on the right and easily drifted inside before producing a fine strike that gave Sportiello no chance.

A period of relative tranquility followed and Toloi had a half-chance at the other end, though his driven effort was straight at Ospina, but the fourth goal followed the flow of the game and Gennaro Gattuso was finally able to celebrate an Osimhen strike. This time Cristian Romero was guilty of missing a free header from an Ospina kick. Osimhen benefitted, dragged Palomino out of position and picked out the bottom corner with a long-range effort.

Sam Lammers came off the bench to reduce the deficit for Atalanta, grabbing his second goal in consecutive substitute appearances for Atalanta after netting against Cagliari before the international break. The Dutchman was set through on the left by Romero and finished confidently across Ospina into the far corner.

Fellow substitute Ruslan Malinovskyi almost cut the gap between the sides further quite soon after but his long-range shot flew wide.