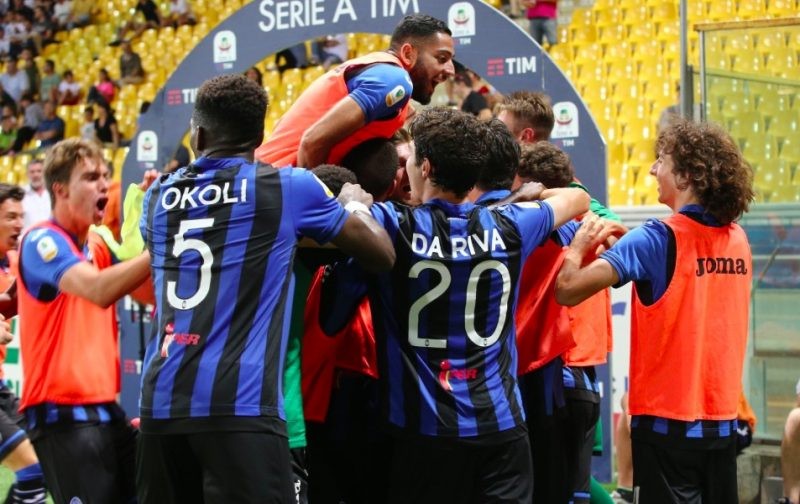 STADIO ENNIO TARDINI (PARMA) – Atalanta’s incredible 2018/19 campaign ended with silverware as their Primavera side struck late through Ebrima Colley to beat Inter and win the Primavera TIM Scudetto in Parma.

On a typically humid night in Emilia-Romagna it was La Dea who had the better of the night’s proceedings and despite riding their luck on occasion, Massimo Brambilla’s boys did enough to get over the line.

Finishing the regular season top and 11 points clear of second-placed Inter, Atalanta came into the game as favourites and while they spent most of the game asserting their control over their opposition, the Biscione stood strong and showed signs of causing their own problems.

The early exchanges were, as finals can so often be, relatively uneventful and far from the goal-filled semi-finals that came in the week.

Atalanta controlled possession but without ever troubling Vladan Dekic in Inter’s goal as much as they would have liked, though it wasn’t from a lack of trying on the part of the Bergamaschi’s No.10 Dejan Kulusevski. The teenage Swede did all he could to probe Inter’s central defensive pairing of Ryan Nolan and Nicholas Rizzo, but the duo stood firm and kept close tabs on Roberto Piccoli. Behind Kulusevski, Jacopo Da Silva was orchestrating as best he could, dictating the tempo and offering a calming presence whenever on the ball, showing glimpses of resemblance with Sandro Tonali in some of his movements.

Lorenzo Peli became more involved and, with that, Atalanta were more daring and dangerous. The No.7 tried to be direct on the ball, but again only found himself coming up against a white wall.

Dekic was the reason Inter went in level at the break though as he pulled off a spectacular stop from a David Heidenreich header from inside six yards as he met a corner. From the resulting corner, Inter clearly hadn’t learnt their lessons and Heidenreich again found space to climb highest but could only head wide.

Massimo Brambilla’s Bergamaschi came out flying after the break. Nicolo Cambiaghi and Willy Braciano were central to their early attacks, but again that Nolan-Rizzo combination continued to stand firm. Five minutes after the break Inter’s backline briefly split and Cambiaghi had an opening but he wildly threw his right foot at a bouncing ball on the edge of the area and his strike – in a way, impressively – went for a throw-in more than 20 yards from the byline. Inter then had two big chances and the first came as Marco Pompetti delivered an excellent freekick to the back post where Rizzo arrived just in time but, sliding at full stretch, he could only send his effort into the side netting.

Within moments, La Dea’s defenders went AWOL and Eddie Anthony Salcedo Mora should have done better from the edge of the area but fired straight at Khadim Ndiaye, who was then the target of monkey noises from a small selection of Inter’s travelling ultras.

Nolan then had an effort from range that fizzed over Ndiaye’s crossbar before Piccoli and Kulusevski exchanged passes and the No.9 tried a tame effort. Piccoli’s first clear chance looked destined to put Atalanta in front as they raced forward with the No.9 and Peli but, at the very last second, Rizzo made a phenomenal challenge to steal the ball from the striker’s toe.

Inter’s Sebastiano Esposito had only just come on when the ball fell kindly to him from a set-pitce but his thumped volley came back off the foot of the post with Ndiaye rooted to his spot.

It was no surprise Kulusevski was central as the Bergamaschi took a late lead. In a Josip Ilicic-esque manner he strode forward before executing a sublime defence-splitting pass that found the Ebrima Colley arriving in the box and allowed the Gambian to tee himself up before finishing beyond Dekic.