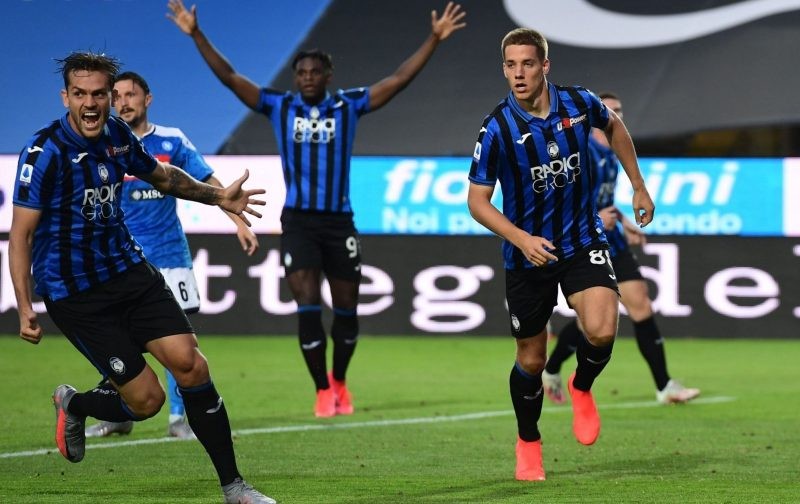 Atalanta took a huge step towards Champions League qualification as they sealed a 2-0 victory over Napoli in Serie A on Thursday.

La Dea struck twice early in the second half at the Gewiss Stadium, through Mario Pasalic and Robin Gosens respectively, to consolidate their grip on fourth place and all but end Napoli’s hopes of catching them.

Gian Piero Gasperini’s side moved to within four points of Inter and have not given up hope of breaking into the top three, with just nine games remaining. With Napoli coming into the clash in top form, Atalanta were set for a difficult encounter but came out unscathed against one of their few remaining challengers for a place at the top table.

The Nerazzurri have caught the eye across the continent this season with a sparkling maiden Champions League campaign, and appear set to return for more next term. Thursday’s victory was a seventh consecutive win for the Bergamo outfit, breaking a club record in a truly memorable season.

Napoli began 12 points behind and knew that only victory would maintain their faint chance of catching up with their hosts, but that dream all but went out of the window in 10 second half minutes. With Roma faltering in fifth, the smart money says Atalanta will be back in the Champions League with relative ease.

Few embody Gasperini’s dazzling Atalanta side quite like Alejandro ‘Papu’ Gomez and the Argentine was on hand to drag his side over the line once more.

The captain was a threat from set pieces in the first half and stung David Ospina’s gloves with a snapshot from range, before teeing up Mario Pasalic with an inch-perfect cross to break the deadlock in teh second half.

It was Gomez’s 15th league assist of an extraordinary season, as he once more proved his worth in unlocking a Napoli defence that had previously proven to be watertight since football resumed last month.

A cruel defeat for Napoli, in which they enjoyed the better of the first half chances but were undone by 10 disastrous minutes after the break, saw a four-match winning run on the road come to an end.

Nonetheless, the signs are positive for Gennaro Gattuso’s side, as they fell to just a first loss in 10 matches. With the Coppa Italia safely in the trophy cabinet, the former AC Milan tactician can focus on getting the best out of his talented squad ahead of a push for the Champions League next term.

A heated clash against rivals Roma next time out will prove to be another test of Gattuso’s mettle, and should help him to decide on his forward line for the final run in, after a complete overhaul of his strikers midway through the second half in Bergamo.