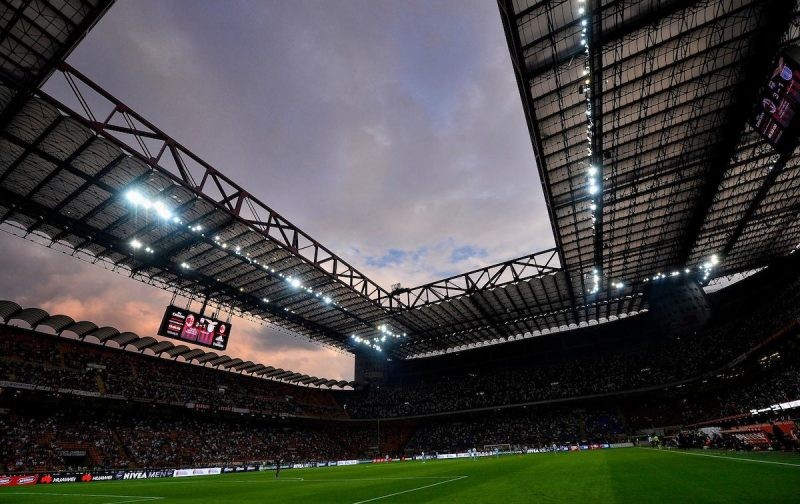 Despite disapproval from AC Milan and Inter fans, Atalanta will play their Champions League matches at the San Siro this season.

La Dea’s home stadium – Stadio Atleti Azzurri d’Italia – is currently being renovated in order to meet UEFA standards and will not be ready in time for the competition.

After some initial doubts, Milan have agreed to the request, joining Inter and Milan’s city council in letting Atalanta use the stadium.

“We can confirm that we accept Atalanta’s request to be able to play their Champions League home matches at San Siro,” Milan told ANSA in a statement.

“Our decision comes in compliance with the positive opinion of Milan mayor Giuseppe Sala and after having understood the strong desire of the Bergamo club.

“We believe this opportunity is beneficial not only for Atalanta but also all of Italian football as it is inspired by important values such as the sense of hospitality, respect and ‘fair play’.”

Atalanta used Sassuolo’s Mapei Stadium for Europea League matches in 2017/18, but with Milan pulling out of the competition due to Financial Fair Play penalties, the chance to play at the San Siro became an option.

The move hasn’t been well received by Rossoneri fans however.

“Does [Antonio] Percassi know what the San Siro is?,” read a statement released by the Curva Sud.

“Not that he doesn’t know, because otherwise he wouldn’t have even put Milan in this embarrassing situation with this request, which has been greeted with enthusiasm by all those hypocrites and good doers that live in this world of football.

“This offends us, Rossoneri supporters, who are forced to watch the team that qualified for the Champions League ahead of us in our own stadium.

“What would Percassi say if one day Brescia were to play in Europe and ask for Atalanta’s stadium? Would he say no or would he follow the precedent that he’s created?

“Why doesn’t he empathize with his own fans given he is the biggest Atalanta fan?”

Inter fans have also chimed in, criticizing the decision.

“A wicked choice, absurd, dictated by interests and one that steps over all logic,” read a statement.