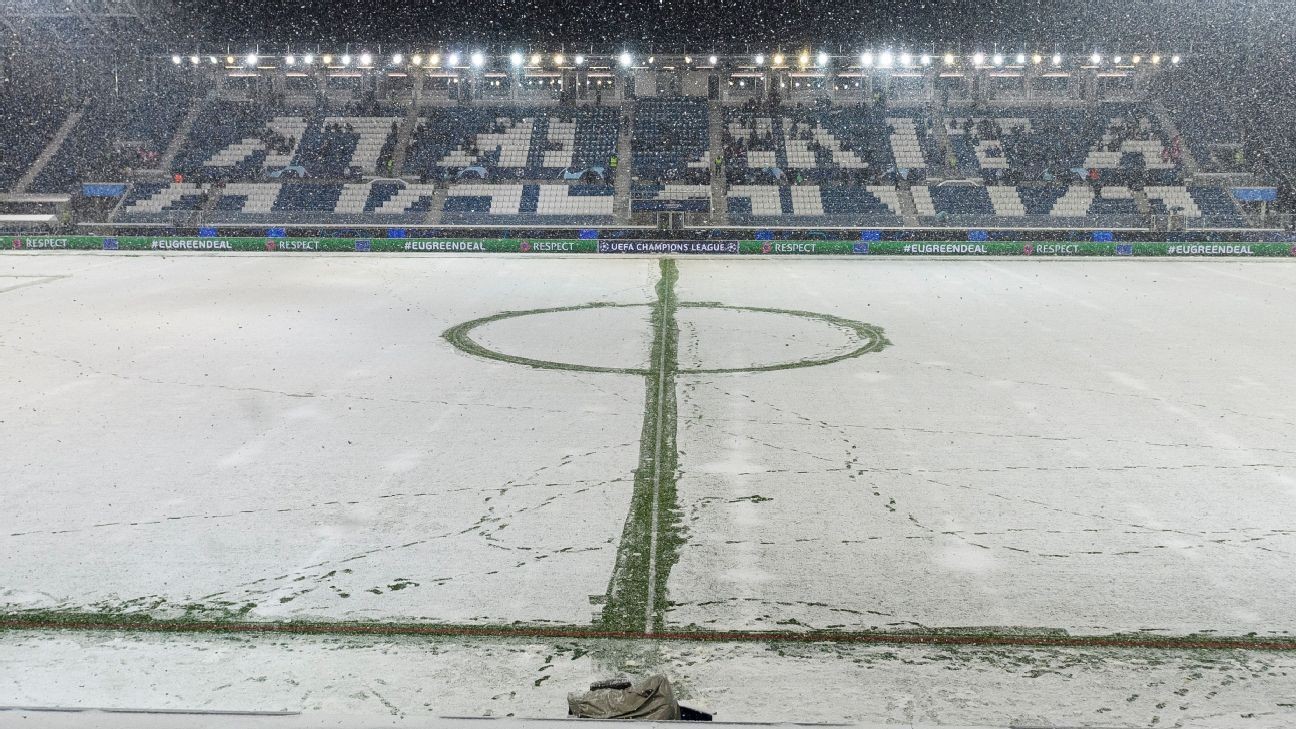 The Champions League Group F clash between Atalanta and Villarreal was postponed on Wednesday due to heavy snow in Bergamo.

Manchester United had already confirmed top spot in the group and both sides have the opportunity to finish in second place, making this match effectively a playoff.

English referee Anthony Taylor initially delayed the start of the match by 20 minutes, while an orange ball was introduced and red lines were painted on the pitch in order to stand out against the snow.

However, with the snow not abating, Taylor had no choice but to postpone the match at the Gewiss Stadium until Thursday.

Victory for Atalanta would be enough to see the Italian side through to the next round, while any other result would send Villarreal through.

Defeat for the hosts coupled with victory for Young Boys against United at Old Trafford in the group's other match would see Atalanta finish bottom and eliminated from Europe altogether.

Villarreal qualified for the competition as the Europa League winners while Atalanta are competing for the third consecutive season, having reached the knockout stages in each of their previous two.