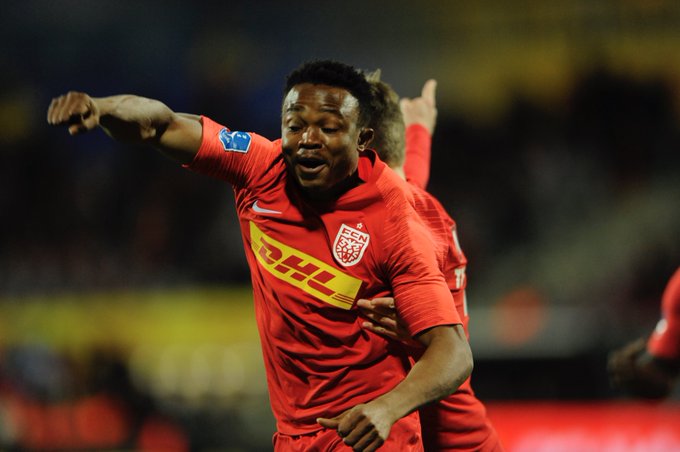 Ghanaian duo Isaac Atanga and Mohammed Kudus were on target as FC Nordsjælland demolished AC Horsens in the Danish Superliga on Wednesday night.

Atanga opened the scoring after just nine minutes to set the Right to Dream Park on a rampaging mode, with Mikkel Damsgaard netting the second before the break.

His compatriot Mohammed Kudus scored his side's fourth after Mikkel Rygaard had converted from the spot for the third right after the break.

Oliver Antman made it five with 15 minutes left before Malte Kiilerich's own goal put the icing on the cake for the home side.

Isaac Atanga played the entire duration, as Kudus Mohammed lasted for 64 minutes. Clinton Antwi was brought into the game in the 61st minute.