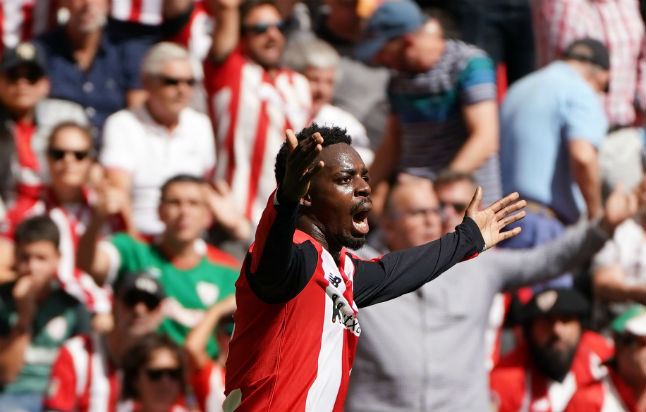 Spanish striker of Ghanaian descent Iñaki Williams was named after a catholic priest who helped his parents when they arrived in Spain from Africa.

His parents decided to name him Inaki after the priest Iñaki Mardones who ensured that his parents, who were immigrants succeded in the European country.

When Iñaki's parents Félix and María arrived in Spain in 1994 they had nothing but thanks to the priest they were able to have a life in Bilbao.

"I went to pick them up at Abando [railway] station," Mardones said told Spanish magazine. 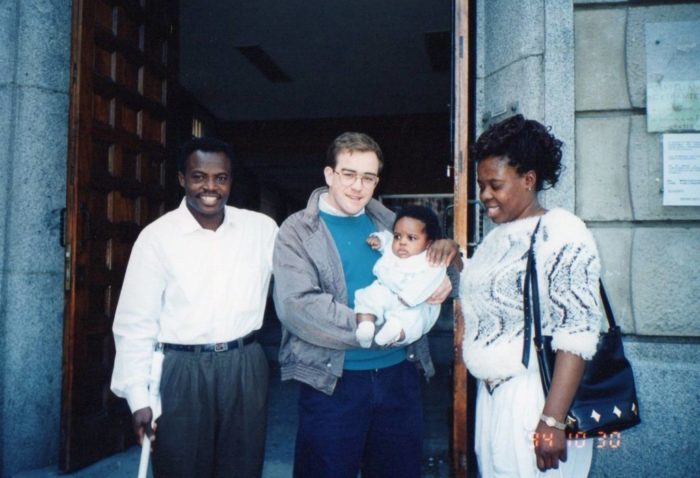 A young Iñaki Williams in the hands of priest with parents around
According to him, it was not easy taking care of them especially as Maria was eight months pregnant at the time.

He narrates how difficult it was getting Maria to the hospital because she didn't have a health card.

"It was difficult at first as they did not have a health card, to follow Comfort's pregnancy, it was necessary to use health professionals who were sensitized”

This happened until June 15, 1994, the day of the birth of Iñaki: "we went in a taxi to the hospital in Basurto," he recalls. And the parents, grateful for their help, gave the newborn the name of the one who had given them a hand from the moment of their arrival: “together with those of life and faith, it is the greatest gift they have given me,” explains Mardones.

Iñaki William has grown to become a professional football and is already a household name in Spain, having demonstrated great attacking qualities at boyhood club Athletic Bilbao.

The 25-year-old has made over 180 appearances for Bilbao and has scored 40 goals.