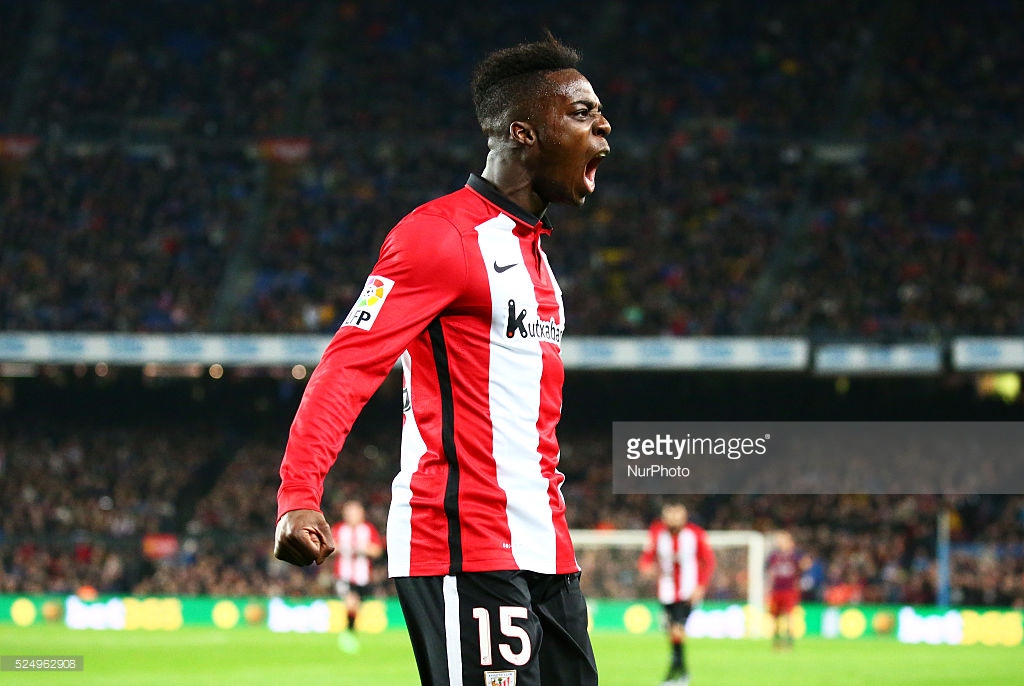 Inaki Williams goal celebration the match between FC Barcelona and Athletic Club, corresponding to the second leg of the 1/4 final of the spanish King Cup, played at the Camp Nou stadium, on january 27, 2016. Photo: Joan Valls/Urbanandsport/Nurphoto -- (Photo by Urbanandsport/NurPhoto)

Athletic Club Bilbao forward Inaki Williams has reached the milestone of not missing any matches in La Liga across the last four years.

Born in Bilbao to Ghanaian parents, Williams has blossomed into one of Athletic’s star players – making 233 first-team appearances to date – and has appeared in each of the last 146 La Liga matches for the club, as outlined by El Mundo.

The run started on 20 April 2016 in a league match against Atletico de Madrid – the forward, who was recovering from his fourth muscular injury of that campaign, was appearing as a substitute for Iker Muniain.

Williams has not been injured or suspended in this run – he has not been sent-off and has not accumulated five yellow cards in a single season.

He has only missed a handful of cup matches too across the Copa del Rey (Racing, Formentera and Sevilla) and once in the Europa League (Dinamo Bucharest) during this time.

Former Real Sociedad defender Juan Antonio Larrañaga (202 consecutive games) holds the all-time record in the top-flight of Spanish football for number of games played in a row, with Williams currently eighth on that list.