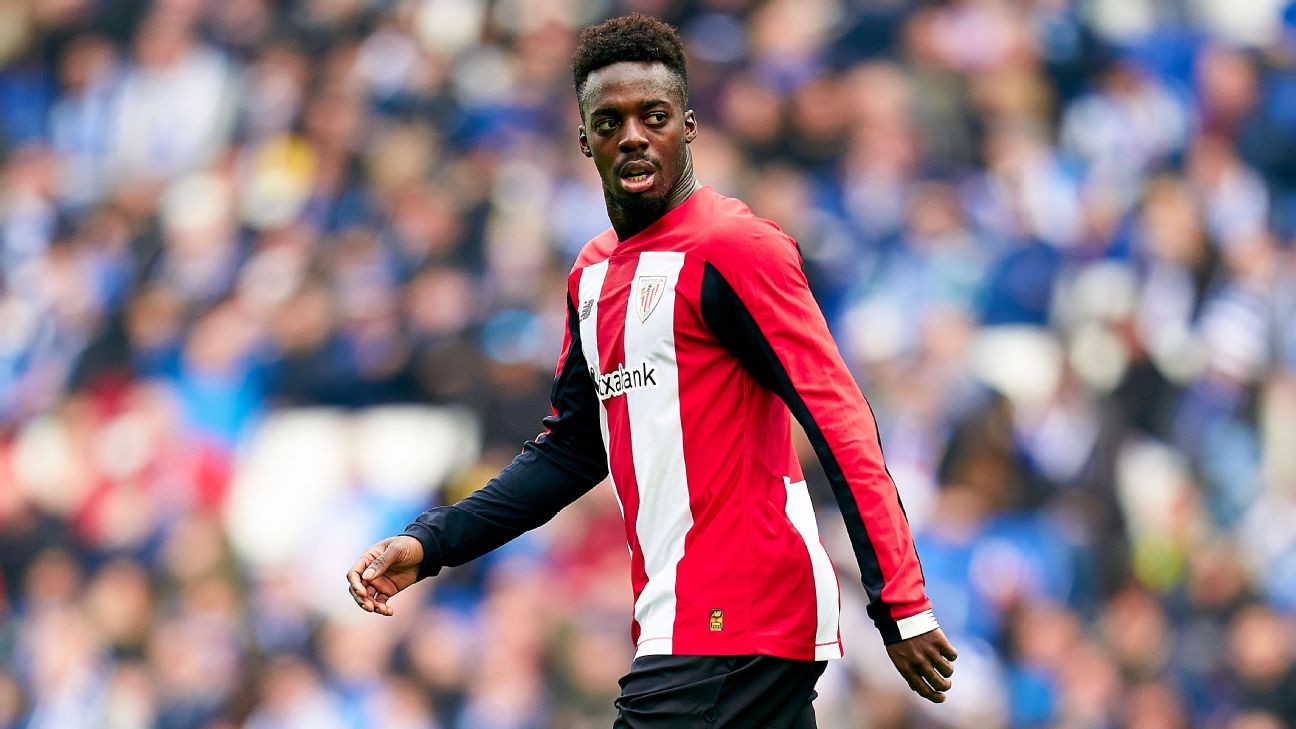 Athletic Bilbao forward Inaki Williams has said he was racially abused by fans during his team's 1-1 draw at Espanyol in La Liga on Saturday.

Williams, 25, had been substituted in the 69th minute and was walking behind one of the goals at the RCDE Stadium, where Espanyol's hardcore 'ultra' fans are located, when the incident happened.

"I leave here feeling sad because of the draw and because I've been subjected to racist insults," Williams said after the game. "It's something that no black player, or any player, wants to hear. It's completely out of place."

"People should come to the stadium to enjoy football and support their team. This is a sport of friendship, a team sport. It's a sad day because these things shouldn't happen."

It is understood Williams told Athletic captain Iker Muniain what had happened, who in turn notified referee Jose Sanchez Martinez.

The game continued and there is no mention of the abuse in the referee's official report.

In December, the game between Rayo Vallecano and Albacete in the Spanish Segunda Division was abandoned at half time after Rayo fans chanted that Albacete's Ukrainian forward Roman Zozulya was a Nazi.

Athletic Bilbao have published a tweet expressing "All our support" for Williams and "zero tolerance for any kind of racist insult," while Espanyol are yet to comment.

Williams was previously subjected to racist abuse during a game by fans at Sporting Gijon's El Molinon stadium in August 2016.

On that occasion, the game was stopped by the referee and a warning was issued over the loudspeakers, and Sporting were later punished with a partial stadium closure.