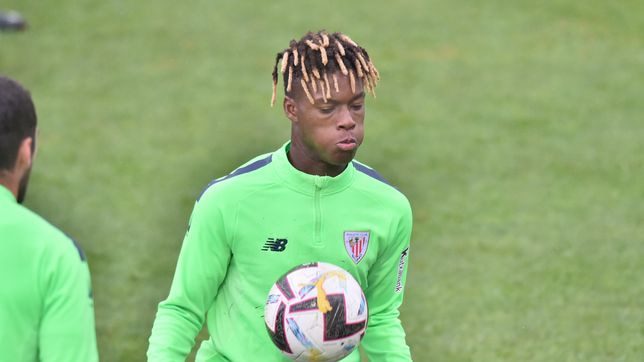 Valverde congratulated the youngster who has Ghanaian parents on his debut for Spain and playing a key role in the Red Fury reaching the semi-finals of the UEFA Nations League.

“Nico is young and everyone is eager for young people who stand out, he comes as a shock in the two games in Spain and for the good start of the campaign,” Valverde said ahead of Bilbao's game against Almeria.

“We already know how football goes, the balloon swells a lot, we have to be calm, it is a long-distance race. He has a long way to go, I hope many years at Athletic,” he said about a renewal at the forward whose contract expires in 2024.

"He has many things to learn and he is fine, we help him to be comfortable here," added Valverde.

Athletic are negotiating an extension that would increase the young forward's release clause. His current release clause is 50 million euros.