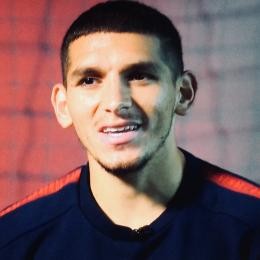 Already tracked by Fiorentina and Torino, Uruguayan international deep-lying midfielder Lucas Torreira (turning 25 on February 11), according to AS, has been targeted by Sevilla FC and Valencia, as well as by Lazio, which had already tried to fetch him back when he was playing for Sampdoria. Playing for Atletico Madrid, on a loan spell, since early October, Torreira is still on a parent-club deal with Arsenal until June 2023, and is getting very little game time throughout his Colchoneros tenure.