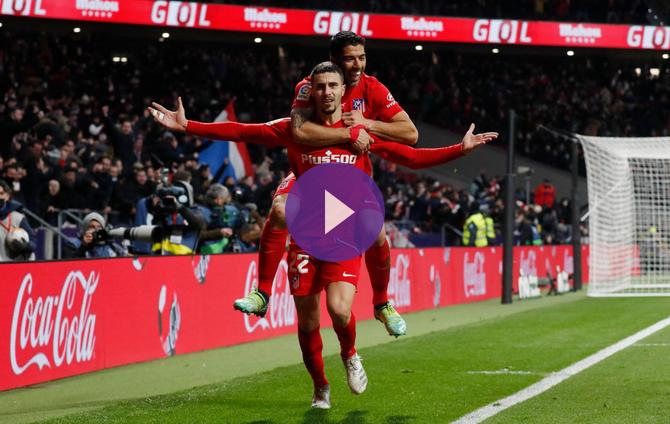 Surprisingly it was Valencia who took a shock lead at the Wanda Metropolitano, thanks to a well-taken goal from Yunus Musah.

The visitors won the ball deep in the Atletico Madrid half, Gonçalo Guedes picked up the ball and found Musah. The American international drove forward into the box and unleashed a shot from the edge of the box past Jan Oblak.

Valencia looked good value for their lead and rattled Atletico Madrid, who duly saw Koke and Mario Hermoso pick up yellow cards. The visitors ended the first half on a high as they double their lead through striker Hugo Duro.

A corner fell to Toni Lato, who picked out Duro and the Spanish attacker instinctively turned the ball into the bottom corner.

Atletico Madrid sprang into life in the second half with a trio of substitutes and cut the deficit just after the hour-mark. A corner from Yannick Carrasco found sub-Matheus Cunha who was left unmarked to sidefoot the ball into the net.

The hosts ramped up the pressure and duly found parity one minute into the seven minutes of stoppage time. Yannick Carrasco again was critical for Atleti, finding Luis Suarez, the shot from the Uruguyan rebounded off keeper Jaume Doménech and Angel Correa was in hand to level the contest.

Buoyed by a rowdy home crowd, Atletico pushed forward for a winner and against the odds two minutes later went 3-2 up. In the best team move of the game, Matheus Cunha picked out the head of Mario Hermoso who sent the Wanda Metropolitano and Diego Simeone into raptures.