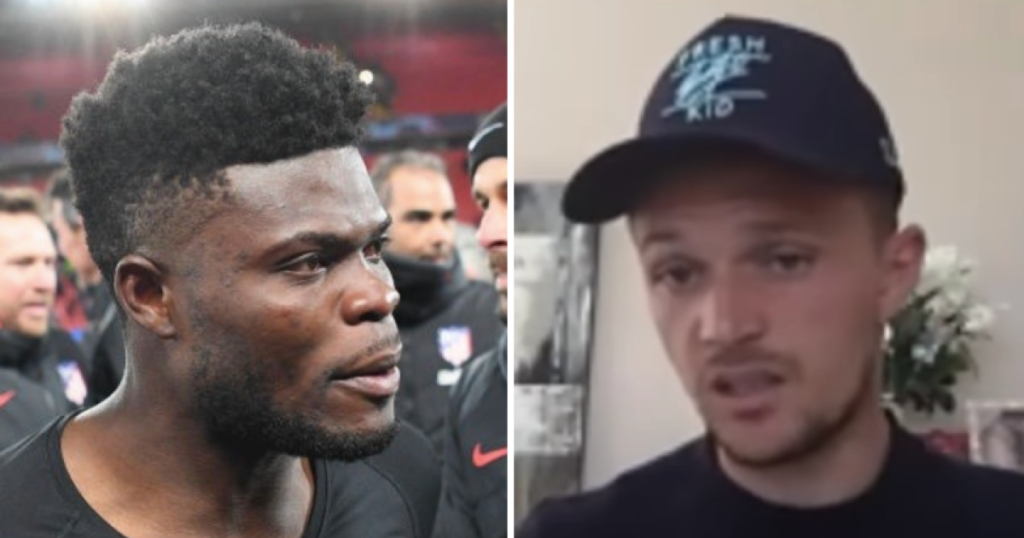 Partey left Spanish side Atlético Madrid to join Arsenal on a five-year deal on Monday.

The Gunners paid the player’s release clause of €50 million to the Rojiblancos on transfer deadline day.

And his former Atlético Madrid teammate, Trippier has insisted that the Ghana international ranks among the list of best midfielders he has shared the dressing room with.

The England star also claimed Partey would have no problem adapting to the Premier League.

“He’s unbelievable, his physicality, how he breaks up play. Technically he’s got everything. He ranks as one of the best midfielders I’ve played with.”

“He speaks perfect English. I don’t think he’d have a problem with the Premier League,” Trippier stated.

Partey, who graduated from the Atlético Madrid academy, made his final appearance for the club in the goalless draw against Villarreal on Saturday.

He is currently on international duty with the Ghana National team as the West Africans prepare to engage neighbours Mali in a friendly game in Antalya, Turkey, on Friday