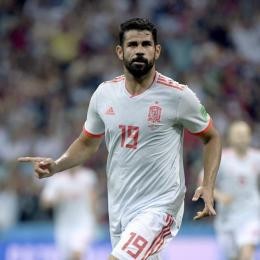 Interviewed by Que Partidazo, Atletico Madrid striker Diego Costa (30) stated: "We can't label Griezmann as a traitor. His dream was to play together with Messi and Suarez, he was honest about it, and he clearly wanted to test his limits, by joining Barça. He's always been an example for everyone here, and we just have to thank him. Badmouthing him would be wrong. Joao Felix? When he joined in, I understood he's a very peaceful and chill person. He's focused on the job, not on becoming a worldwide star. He's got something different anyone else, everyone here is just seeing it. What about my future? Any Brazilian-born player would love to join Flamengo, and I want to check whether they want me in or not, two-three years from now. I could never turn Flamengo down".