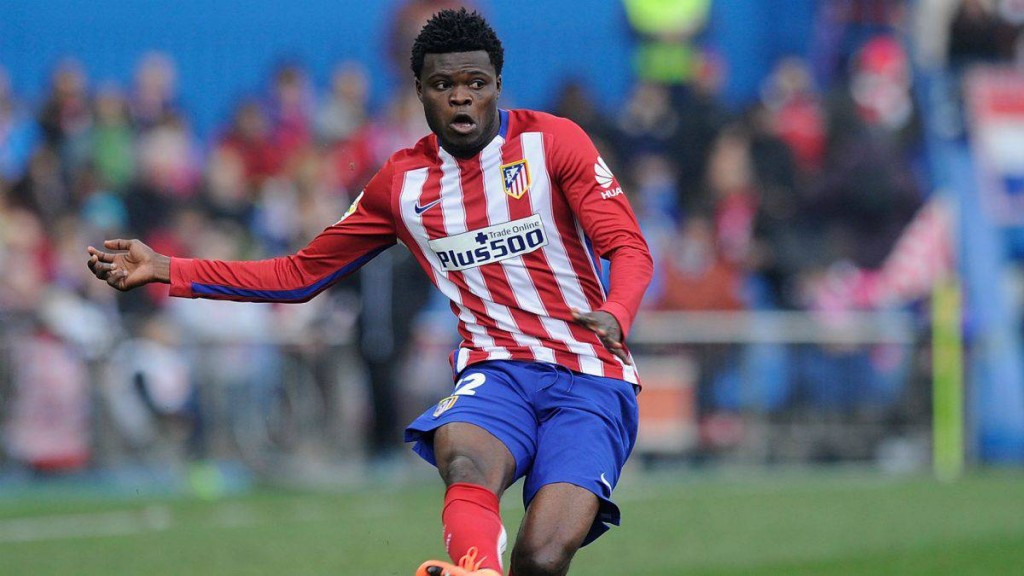 Spanish side Atletico Madrid extended the contract of midfielder Thomas Partey to prevent richer English sides Arsenal and West Ham from swooping for the Ghana international star in the summer, GHANAsoccernet.com understands.

The 23-year-old, who excelled for Ghana at the Africa Cup of Nations in Gabon, on Tuesday extended his current deal with Atlético Madrid by three years until 2022.

The preemptive deal was mooted by the Spanish side to prevent four clubs in England who have so far expressed interest in signing the Ghanaian, agents close to the player have told Ghana's leading football news website.

Arsenal, West Ham United Middlesbrough and Watford are in the race to sign the Atletico Madrid midfielder following his showing at the AFCON.

The 23-year-old has been used sparingly by coach Diego Simeone this season, chalking up 244 minutes over eight appearances which shows that he was not a key player for the side.

However the decision to offer him a new improved contract shows that they are aware he could be swooped by the England sides in the summer after he demonstrated that he is not a bench warmer at the Africa Cup of Nations.

The Ghana international has come through the youth ranks at the Vicente Calderon and is now in consideration for inclusion in the capital city side’s starting XI.

West Ham are expected to have a busy summer in the transfer market and according to the report are one of the main teams interested in 23-year-old Partey.

The Ghana international put in a number of strong performances in the recent African Cup of Nations, but is struggling for regular club action back with Atletico.

Partey has only featured in four La Liga games this season, all as a substitute.

The report suggests that West Ham are ready to pounce on the central midfielder, with Atletico getting him on a new offer they could demand €24 million (£20.5 million) release clause in his current contract.

The Ghana international's previous deal was due to expire in 2019, but he has now opted to commit his long-term future to Atletico by inking a three-year extension.

Partey, 23, joined Atletico in 2011 and went on loan to Mallorca and Almeria before making his official first-team debut in November 2015.

He has made 31 appearances in all competitions for the Vicente Calderon side, scoring three goals in the process.